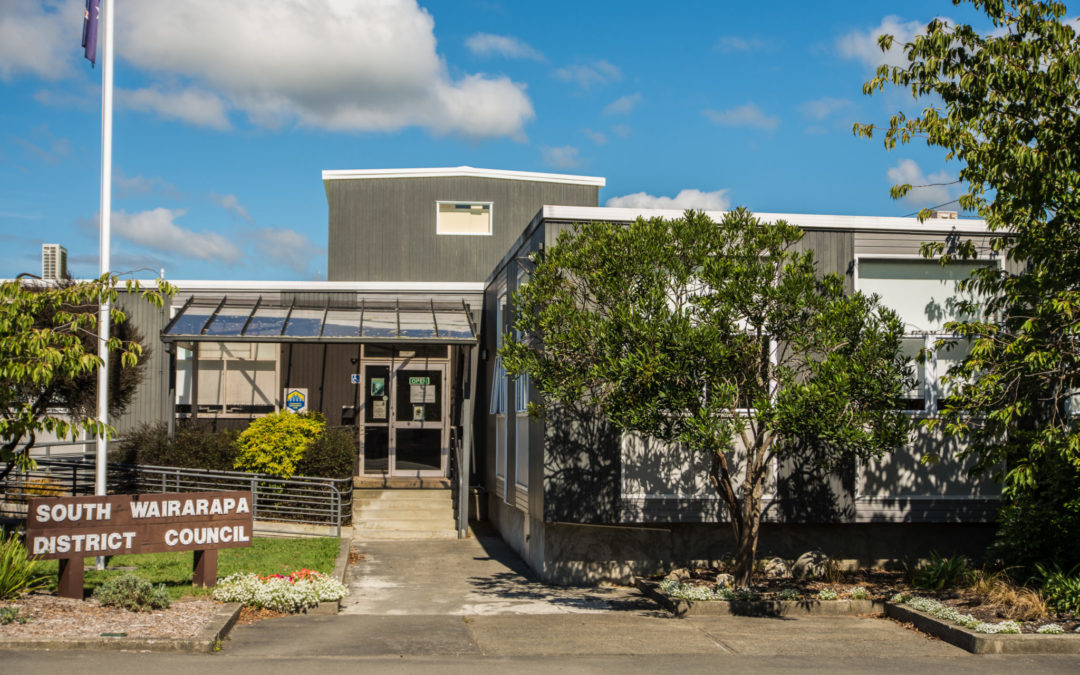 The four interlocking hands of the South Wairarapa District Council logo were waved goodbye on Wednesday as a new emblem was voted in at a council meeting in Martinborough.

The council’s outdated, mono-cultural logo was created in 1989 and featured four white male hands connected in a cross shape.

Last year the council created the Logo and Branding Party to begin development of an updated logo to better reflect the changing district, unanimously voting in ‘Design 1’ – the round logo featuring icons of South Wairarapa’s unique landscape – to a round of applause.

Chairwoman Leigh Hay said there had been a high level of community engagement.

“We’ve just about reached the end of our journey. The final part of the process is we need to finalise the art.”

The winning design was supported by 62 per cent of the 400 ratepayers consulted during a survey this month.

Many agreed that the design best represented the South Wairarapa region, with reference to the Tararuas, rolling plains, Lake Wairarapa and of course, Featherston’s famous wind.

Mayor Viv Napier said, “It’s wonderful to have a new logo that encapsulates the district’s identity, shows us as a modern and progressive council, and acknowledges the important standing of Maori.”

“The inclusion of Wairarapa Moana in the logo signifies an overdue recognition that our natural environment must be inherent in our decision-making processes,” he said.

“The Maori fishing hook depicted in the landscape references the Moana as ‘Te Karu o Te Ika a Maui’ [The Eye of The Fish of Maui].”

The logo redesign project came in 15.7 per cent under the $25,000 budget assigned by council, with costs including market research and artwork figures coming in at $21,075.

The winning design was one of five originally proposed by South Wairarapa-based agency Satellite design.