Exercise as a health tool

But soon they will share the same pain of a fundraising challenge they have set for themselves.

The friends are not only growing a moustache this month to raise awareness of men’s health issues but have also pledged to complete one “man maker” with 22.5kg dumbbells for every dollar they raise for the Movember movement.

Littlejohn described the man maker as “just all sorts of pain in one exercise”, and with $1600 already raised, he joked the one thing he regretted was specifying the weights at the start. 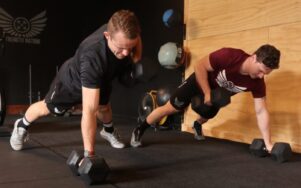 The most man makers the pair had previously done in one session was 50, “and that was a bad time”, Henderson said.

The friends said their fundraising would focus on men’s mental health as they had both seen the effect mental illness had on their friends and family.

Every minute around the world, a man dies by suicide, and in New Zealand, 75 per cent of suicides are men.

Movember aims to reduce the rate of male suicide by 25 per cent by 2030.

After losing his father-in-law Tony Southall to suicide three months ago, Henderson was looking a positive way to contribute to awareness.

After seeing Littlejohn’s post on Facebook about his plan for Movember, Henderson thought “yeah I want to get in on that”, and they teamed up.

“It’s never been about doing the man maker, it’s just been about getting the message out,” Littlejohn said.

“That was just a way of getting people to chuck some money in.”

Henderson said, Southall was a big advocate of mental health and was part of many fundraisers “so he would be pretty happy with us doing this”.

They planned to make a whole day of completing the task and wanted to get a group of “lads” in to talk about mental health and how exercise could help.

Originally, they were hoping to raise $200, but within one day they had already raised $1000.

“We thought, wow, that’s a lot of reps, but it’s also pretty cool getting the word out there,” Littlejohn said.

Littlejohn said at a conference in Wellington, he heard an ex-Australian federal police officer speak about his battle with mental health.

“One thing he spoke about was that it was great getting everyone to help, but what happens if the person you are talking to says, ‘yup I need help’. 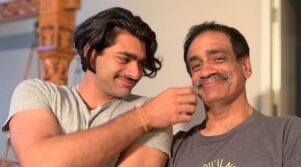 “You can’t just say ‘yeah let’s talk about it’, you need to be able to talk and be able to provide help,” Littlejohn said.

He found the website ruok.org.au which tells you how to go about it if someone said, ‘yeah I need help’.

Henderson said there were many tools that could help with mental health, including exercise.

“To be able to exercise and express how important that is as a tool to help that side of things, that’s quite cool. That’s how we clear our head a bit.”

Although the number has already exceeded their expectations, they said the more the better. 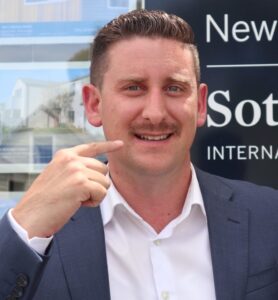 “The man makers … we will just do them and just get through them,” Littlejohn said.

To donate to their Movember page – moteam.co/matt-and-george?mc=1

Son and father duo Dhruv and Anil Raman said it was a man’s duty to look out for one another, bring out the best in each other, and to inspire those who looked up to them.

Having been around people at their best and worst, they decided they wanted to be advocates for men’s health.

Dhruv asked his mum what she thought of their facial hair so far, and she replied she doesn’t mind it on him but is not a fan of Anil’s.

To donate to their Movember page – mobro.co/dhruvraman?mc=1 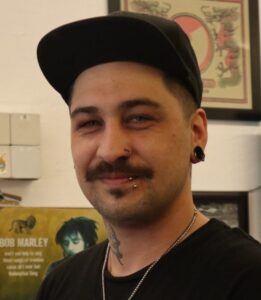 He is enjoying his moustache and said his father always carried a good moustache – “it’s in the genes”.

Raising funds and awareness is Nick Olliver’s goal this Movember.

While working as a barber at Barbershop Jordy, he uses his moustache as a conversation starter with customers.

They ask him why he is growing it [as it is not his usual] and he directs them to the donations bucket and starts up a conversation.

He said, “if growing a mo can help with that then I can’t really complain.” 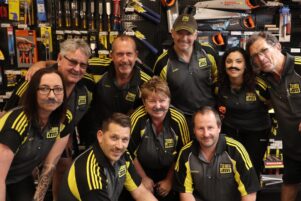 To donate to their Movember page – moteam.co/team-tumo?mc=1