Vania Ireland has won a fight with the ACC over her son’s surgery. PHOTOS/FILE. 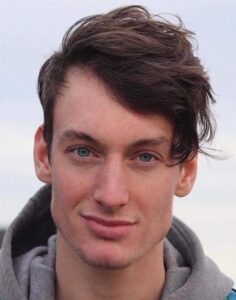 Workplace accident survivor Aiden Sayer, 21, has had a large bladder stone crushed and removed at Wakefield Hospital on Tuesday afternoon – only possible because the Accident Compensation Corporation reversed their decision not to fund private surgery, after a hard-won battle from the man’s mother, Vania Ireland.

The February 11 accident at AGTEC Machinery in Solway involved a truck trailer, which fell on Sayer and pushed him across the workspace. He struck his head on both sides violently, and had half his ear ripped off. He was left with a 5cm deep laceration on his head.

Sayer’s mother later received the news that ACC had refused funding for a bladder stone operation, which meant her son would have had to stay on the public health waiting list. This blow came on his 21st birthday [August 14].

But Sayer’s Wellington-based urologist, Grant Russell, said that the stone developed because he had to have a catheter for a month after the accident.

In response, ACC wrote saying the stone was present before his accident and therefore it would not fund a private operation. This decision meant Sayer would face around four months wait – while in pain, and working with specialists to recover after the accident. Ireland then made the decision to fight for an appeal.

To get attention she wrote to the ACC and copied in the Health and ACC Ministers, as well as the MPs from the Wairarapa electorate.

“I brought them all into it, and I also contacted Fair Go and TVNZ Seven Sharp – there was no way this was fair,” Ireland said. After her action, she then received news that she had won her appeal.

Sayer’s surgery was a success and took just under an hour. His mother drove back to Masterton on Tuesday afternoon. His girlfriend, Amelia Henry, picked him up on Wednesday.

“I feel fantastic to know Aiden is going to be without this pain,” Ireland said.

“He can now do more hours at work. He couldn’t work more than eight hours a week because of the pain and this was hampering his recovery.

“It has been hard work to fight ACC and get the private surgery funded, but we didn’t have the funds to pay for it and couldn’t bear to watch Aiden in pain any longer.”

Aiden said he was now keen to get back to work.

“I am cleared by my specialists, in a way faster time than most people after a brain injury,” he said.

“I’m starting work five days a week but just doing half days. Having the [bladder] stone removed means I don’t feel so fatigued.”

Aiden is also cleared to drive and has ticked all the boxes from his specialists.