More questions than answers for farmers on reducing emissions The debate about how best to reduce New Zealand’s agricultural emissions continued in Carterton on Monday, at an information session organised by the Ministry of Primary Industries and Ministry for the Environment [MFE].

By 2023 farmers would be asked to voluntarily declare their emissions, by 2024 reporting would be mandatory, and by 2025 they would have to pay for these emissions — granted with a 95 per cent free allocation of emissions units.

The information session also looked at a proposal put forward by those in the agriculture sector which sets out a programme of action to support on-farm emissions reductions.

Many feel this option gives farmers more ownership of the process, but there are also concerns about ongoing uncertainty about climate policy impacting markets and a risk of delayed implementation of emissions reduction efforts.

The session included presentations about research undertaken by the government into the issue and an hour-long feedback session, where farmers were asked to voice their concerns and ask questions to clarify details in the proposal.

One or two questions about the government’s targets to limit global average temperature increase to 1.5°C above pre-industrial levels suggested there were still a handful of climate sceptics in the farming community.

Many in the audience repeatedly raised the issue that the pricing system was “euphemism for taxing” those in the agriculture sector.

Wairarapa Federated Farmers president William Beetham asked whether the government’s consultation process had only looked at pricing emissions as a way to reduce them. Audience members asked about the ways farmers were working to reduce emissions, including genetic modification and engineering, soil carbon sequestration, and the use of biochar – a carbon and nutrient rich charcoal used as a soil amendment.

Questions were also raised about how funds raised from the emissions pricing would be put back into the sector for further emissions reduction activities.

“It’s about working together with the government and the sector to ensure that funding is appropriately recycled back into the industry,” MFE climate change policy manager Janine Smith said. “It’s a critical step which would be designed before this process starts in 2025.

“The focus is very much on reducing our emissions and not how we will feed our growing population,” she said.

The response was that regular reviews would continue to monitor whether the scheme was working and the rate at which agriculture emissions should be reduced in relation to competitor markets.

Williams pointed out that the people appointed to oversee these roles would have a very influential role in directing climate policy as it relates to agriculture.

The delegation from the ministries seemed surprised that there were fewer questions about the much debated issue of afforestation as a means to offset carbon emissions.

Concern about the loss of productive farmland to forestry was raised by one farmer, and it was also referenced in a comment by another about how the ETS had had little impact on reducing emissions in the 10 years since it was established.

Former Fifty Shades of Green spokesman, Mike Butterick, who is hoping to become a candidate for National, summarised that the technology was not at a stage where the government proposal could easily be implemented. 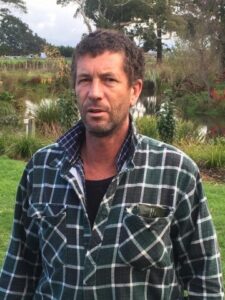 “[The ICCC report says it] may only be considered if a cost-effective tool is available to farmers. The commentary is [that] none is currently available.

“More work is needed, the science isn’t good enough – that’s just an observation on what I’m hearing,” he said.

Many farmers seemed frustrated by the defensive nature of the ministry representatives on the government proposal and by the lack of clarity about how the proposal would be implemented.

It seemed many felt they weren’t being listened to.

This was highlighted when Beetham asked how the feedback from the discussion would be communicated back to Wellington.

“Farmers are working really hard to get a grasp of what’s out there and they’re finding lots of holes – it’s like Swiss cheese.

“There’s a lot of defensiveness about what’s being proposed, I don’t mean to be critical of the panel, but I wonder if that’s the best approach.”

Notes were taken during the discussion and would be taken back to the capital, but perhaps the best way for farmers to have their say is to make their own submissions before August 13.

More information about this process can be found online at: mfe.govt.nz/consultation/action-agricultural-emissions

The discussion will continue at an event hosted by Business Wairarapa focused on better understanding the Zero Carbon Bill.