The Douglas Villa Minibeens overcame the regular travel over the Remutaka Hill to dominate their league, winning all 17 games in the JPL, scoring a mammoth 87 goals and conceding only 14.

They were on target to play in the top four final when the season was curtailed with the onset of the covid-19 alert level 4 restrictions in August. 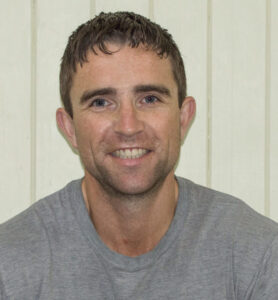 First-year coach, former Wairarapa United fullback Carl Shailer was impressed with the commitment shown by the team. Unlike many junior teams where a few players shine, it was a whole team effort.

“I was really rapt, in the way that the kids started to play really good team football” Shailer said.

Most pleasing for Shailer, a solid defender in his playing days, was the determination to deny the opposition goals.

“There were three games where we conceded two goals in each game, and that’s what I really liked, for kids’ soccer, was how good the defence was.”

Shailer was disappointed the team couldn’t complete the season but said they had already beaten most of the teams and deserved to win the championship.