A new World War I memorial is being proposed for Masterton. PHOTOS/SUPPLIED

A couple of Masterton men are hoping to erect a new memorial to highlight the contribution of two Wairarapa units to World War I.

The idea came to Alan Fielding when he saw memorials created in honour of other military units around the time of the war’s centennial.

“I thought we needed something that was about these two military families,” he said.

“I do think that these things should always be recorded.

“If you don’t get hold of them at the magic moment, they just drift in history and get lost.” 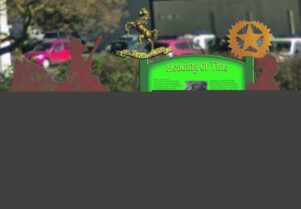 The proposed design for the new memorial.

The Regimental and Drill Hall Memorial would pay tribute to the 17th Ruahine Company and the Wellington Mounted Rifles Regiment. It would also acknowledge the original Drill Hall building, which had been the army’s regional office.

Many Wairarapa men also served in the Wellington Mounted Rifles Regiment, Feilding said. His father had been part of the regiment between WWI and World War II.

“I see these two units as families, military families of the district,” Fielding said.

“Being in there, you’re part of this brotherhood of men.”

Both Fielding and co-organiser Neil Frances had servicemen fathers, and both of their grandfathers served in WWI.

Frances said the memorial would be located in the Masterton District Council car park, near Waiata House, close to the original site of the former Army Drill Hall.

“That was the headquarters for quite a large area from Cape Palliser up to Dannevirke,” he said.

“It’s only older Mastertonians that would remember it being there, and it was an important public building.”

The hall was later home to the Masterton Amateur Theatrical Society before it was eventually demolished.

“Not even that many photos of it exist,” Frances said.

“Where we propose to do the memorial is very close to it.”

The pair had discussed the memorial with MDC, which had then spoken to the New Zealand Transport Agency, as the site was on the intersection of State Highway 2 and Lincoln Rd.

“There’s a lot of people, even now, who would have had an ancestor or ancestors in either of these units,” Frances said.

“It was compulsory for them to serve, and these were the units they served in.

“To my knowledge, they’re not memorialised anywhere.”

The proposed memorial had been designed by Niko Thomsen and The Sign Factory. Thomsen had also designed the Remutaka Summit memorial, and the new piece would be of a similar style.

Plantings around the memorial would symbolise the different geographical areas the units fought in, with red, white, and blue flowers reflecting the colours of the Australian and New Zealand flags.

The estimated cost of the memorial was about $17,000. The pair had received a grant from the Wairarapa Building Society, and businesses had donated some materials.

Frances and Fielding were now appealing to the community to raise about $10,000 to fund the remainder of the project.

Fielding said those whose ancestors had been in one of the two regiments might wish to contribute to the cause.

“All people need to do is go along to WBS and say this is for the Regimental and Drill Hall Memorial.”