Meka Whaitiri stands for a third and final time 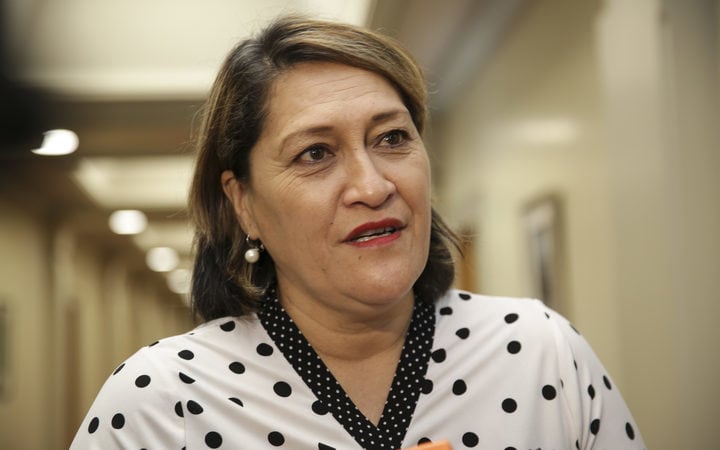 Meka Whaitiri is to serve one more term. PHOTO/SUPPLIED

Being in Parliament for too long is not good for your health, Meka Whaitiri has decided, and so she wants to serve only one more term as the Ikaroa Rawhiti member of parliament.

Whaitiri was reselected as the Labour Party candidate for the Maori seat at a Gisborne meeting earlier this year. The Maori electorate extends from the top of the East Cape and includes Gisborne, Hawke’s Bay, and Wairarapa, as well as most of the Hutt Valley and Wainuiomata.

There are 39,000 voters on the Maori electoral role.

The distances Whaitiri travels weekly to get around her constituency and to the Beehive in Wellington are huge. The MP works across 10 district councils, and three regional councils.

She works with all iwi across the region.

“It is tiring but a privilege, but I do think the work takes its toll on other areas of your life and I don’t want to die in office as my predecessor Parekura Horomia did,” Whaitiri said.

“It is good to know when to make way for someone else.”

Whaitiri came to office via a by-election after Horomia’s death in 2013.

Labour won all the Maori seats in the 2017 election and as hoped, wiped the Maori Party out of Parliament.

This time, Whaitiri has her sights on post-covid-19 economic recovery and what the Maori economy can bring to the region.

“Treaty of Waitangi settlements for iwi are virtually completed with only two to go and the total of these for all the iwi combined comes to around $1 billion,” she said.

“The opportunities for the whole population are very significant.”

Whaitiri said being from the east coast meant she knew the “unique stamp” the region brought to the country and to the Beehive.

“My role is to build sophisticated relationships across business, iwi, and councils, and to bring these into the Beehive.

“This is an amazing rural electorate and it excites me to see the agricultural innovation coming through here.”

There are only 21 parliamentary sitting days remaining until Parliament dissolves for the term.

It shuts down for the general election in 10 weeks on Wednesday, August 12.