An artist’s impression of the suspension bridge over the Tauherenikau River. GRAPHIC/GERAD TAYLOR

A Wairarapa cycleway connecting its five towns will include one of the longest suspension bridges in New Zealand after a $1 million funding boost from the government.

Part of the Five Towns Trail to connect Martinborough, Featherston, Greytown, Carterton, and Masterton to the Remutaka Cycle Trail and other Wellington regional trails, the funding will go towards developing the Tauherenikau Bridge section.

This includes 11.5km of picturesque trail with a 150-metre-long, 17m high suspension bridge over the Tauherenikau River.

The funding is part of a $220m nationwide cycleways package announced by Associate Transport Minister Julie Anne Genter on Tuesday.

“This cycle trail will help attract more visitors over to Wairarapa and will provide locals a fun way to get out and explore their own backyard,” Genter said.

Wairarapa Trails Action Group and Greytown Trails Trust, who applied for the funding as part of the government’s funding scheme for shovel ready infrastructure projects in response to the impact of covid-19, were delighted by the news.

Greytown Trails Trust representative Shane Atkinson said, “the off-site and on-site construction work will create 28 jobs and the finished bridge will create physical, social and cultural linkages between the adjacent communities of Featherston and Greytown.

“It’s a tribute to many committed individuals and supportive organisations that we’ve arrived at this point.”

Wairarapa Trails Action Group chairman and Carterton Mayor Greg Lang said a lot of work had gone into the project to get it to this stage.

“The connection which will be created by the Tauherenikau Suspension Bridge will provide opportunities for more people to enjoy the remarkable scenery and trails Wairarapa has to offer.

“This bridge will be one of the largest of its kind in New Zealand and fits extremely well with the work under way for the Five Towns Trail Network project.”

South Wairarapa Mayor Alex Beijen was also happy to hear the funding for the bridge had been approved.

“We see huge benefit in the continued development of our cycle trails, and a key component of linking districts is the bridge over the Tauherenikau River, and the trails leading to it,” he said. 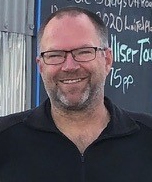 Stu Edwards, of Green Jersey cycle tours in Martinborough, said the funding was a “game changer” for the region.

He said it would not only bring in tourists but would also provide adventure paths for the region’s young people.

Earlier this year, the company surveyed customers and found that people were more comfortable cycling the quieter country roads.

“It’s a really cool part of the country and they are really easy paths,” Edwards said.

Construction is expected to start within the next six months to a year, once resource consents have been approved.

Genter was expected to visit Wairarapa later this month ahead of the upcoming election.