Masterton mass murderer Raymond Ratima has been denied parole again after telling the parole board he was now in a relationship with a woman.

Ratima was jailed in 1992 when he was convicted of seven murders, attempted murder, and murder of an unborn child.

Ratima is serving seven life sentences for murder as well as 10 years imprisonment for murdering an unborn child, and seven years for attempted murder.

He was sentenced on September 4, 1992 and has now spent 29 behind bars. At 54 years old, he has spent more than half his life in prison. Ratima appeared before the New Zealand Parole Board via teleconference from Rolleston Prison earlier this month.

Parole Board chairman Sir Ron Young said in his hearing report that there were a lot of positives about Ratima’s progress in prison.

He said his conduct was very respectful, he was working on the prison site, had had extensive psychological counselling.

Young said in the report that there were several issues that concerned the board relating to Ratima’s risk.

“When we questioned him today about the work that he done and his risk arising from his murders – he focused solely on the work that he had done with a psychologist relating to the risks he might face in the community if confronted by an upset member of the public or a victim.”

Young said while the board did not undervalue the risks discussed by Ratima, they felt they were secondary to the risk that arose from the murders and his understanding of those risks.

“He was not able to address those with us.”

Young said in the report that Ratima had expressed how much he loved his children.

“When we asked him therefore why he had killed them, he said he felt he then was putting them in a better place.”

Young said the board was not confident that Ratima had truly understood the circumstances under which he came to kill the members of his family including, not just his own children, but the babysitter, partner, and others.

Masterton mayor at the time of the murders, Bob Francis, said he had kept in touch with the family over the years, and it was their view that Ratima should never be released.

“The hearing decision did bring back memories that will never go away.”

He said the parole board had been careful to recognise the significance of the murders – but Francis said he was confident that Ratima would be released in time. 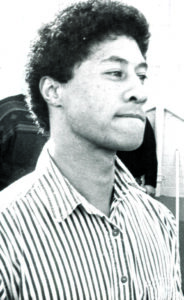 Ratima told the board that he was now in a relationship with a woman he had been with as a young teenager.

Young said in the report that the woman had a childhood trauma that had caused a significant drug addiction and described her as fragile.

He said some of the comments she made to the probation officer were concerning. She had stated in relation to the murders that “there are two sides to all issues”.

Young said the board had discussed the appropriateness of Ratima’s relationship with the woman as the murders took place when his relationship had fallen apart.

“The relationship is untested. Mr Ratima and the women have only ever had prison visits and telephone calls.

“The stress of daily living has never been part of their relationship. And the woman has troubled past and seems to be vulnerable.”

The board found that Ratima remained an “undue risk” and could not be released.

Ratima’s next parole board hearing will be by the end of October next year.