Marist come back from dead to win the Tui Cup 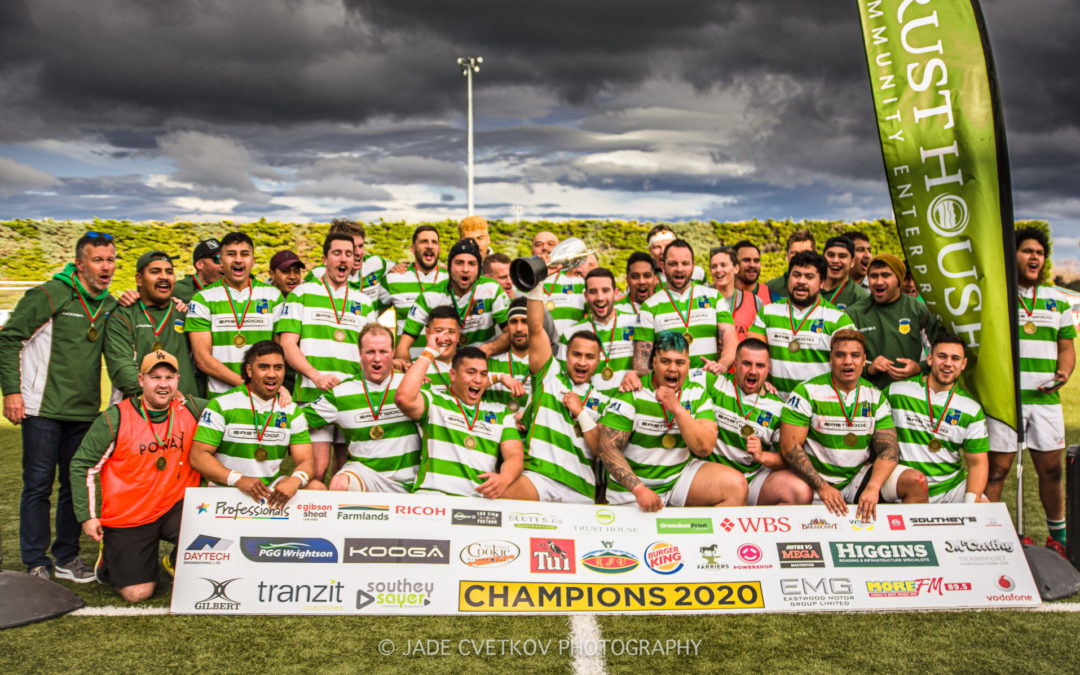 Cometh the hour, cometh the man.

James Goodger may not have played as much club rugby as he would have liked this season due to injury, but when it mattered most, he delivered to cap a brilliant 39-37 come-from-behind Tui Cup triumph for Marist.

With Greytown only needing to clear the ball from a scrum inside their own 22 to seal victory, Paddy Gluck, who went into halfback for defensive scrums, pounced on Greytown halfback Hamish Meyrick. 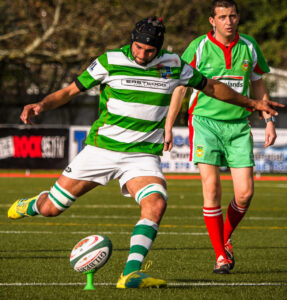 Goodger was close behind and got his hands on the ball to force the penalty.

The veteran utility forward was then tasked with kicking the goal from 17m in from touch.

“I was looking at Paddy and hoping he would overcall me,” Goodger said. “But I’m always confident. I had missed the two previous kicks that could have got us in front, but confidence was the key.”

If Goodger’s calmness under pressure eventually earned the victory it was first-five Gluck, who was instrumental in keeping Marist in the game in the first half and then leading the remarkable second half comeback.

Greytown fired from the kickoff and jumped out to a 14-0 lead after 16 minutes through tries to veteran wing Nick Olson and workaholic lock Gareth van Dalen.

Then up stepped Gluck, who took a gaping hole in the Greytown defence on halfway, and passed to speedy winger Soli Malati, who was tackled 10m out from the line. Marist had the numbers out wide though and winger Anthony Tamakehu scored in the corner.

Greytown continued to dominate territory and possession and stretched their lead to 27-5 approaching halftime through penalties to their outstanding second-five Raniera Petersen, and a try to blockbusting prop Chris Hemi.

Marist’s prospects weren’t helped with the sinbinning of No 8 Ayden Eruera for foul play after 30 minutes. During his absence Greytown scored 17 points.

Gluck couldn’t stay out of the game though and he again exploited gaps in the Greytown defence, waltzing through from 25m out to score and convert to close the gap to 27-12 at the break.

Greytown’s lead was soon out to 22 points again with Petersen starting and then staying in support to finish a brilliant try.

Marist slowly clawed their way back into the game with their big forwards starting to get a roll-on. Their pressure finally paid off with converted tries to fullback Tafa Tafa and Soli Malatai.

Gluck was in the action again when he scooped on a loose ball and ran 15m to dot down and make the score 31-34 with 19 minutes to play.

Another Petersen penalty extended Greytown’s lead to six points. Olson also went close to stretching Greytown’s lead when he sprinted clear, only to be cut down in a try saving tackle by Tafa Tafa.

The pivotal moment came in the 72-minute when a long clearance from Petersen went dead giving Marist an attacking scrum on the 22m.

From that Pua Tafa scored out wide, but Goodger couldn’t convert to take the lead.

Marist continued to apply the pressure but persisted with the pick and go only for the knock-on to come, giving Greytown the scrum with time almost up. 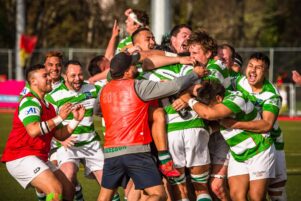 Then it was up to man of the match Gluck and the cool head of Goodger to seal the remarkable come-from-behind victory.

WHAT THE PLAYERS SAID

“We’ve dug ourselves in some pretty big holes but we know how to get out of it. I never worried, I never panicked, and I thought something was going to happen and it did.

“Hats off to [coach] Gerald Lologa. He said a couple of years ago they lost 80-12 to Carterton and he thought where do we go from here. We came dead last, last year, and to come back and win the championship is massive.”

“It’s been a testing year for everyone this year with this covid stuff.

“Peter and I met [on Friday] and what we did promise was it would be a spectacle. There were a lot of points scored, there was lot of razzle dazzle shown and it was a great game for a grand final.”

“We’re a second half team and [assistant coach] Joe [Nuku] has told us all season that we’re a team from one to 22, so we’re all in it for the full 80 and that’s exactly what happened.

“I’m pretty passionate about Marist and I’ve got a broken body but I’m just super stoked.”

“A lot of our games have been close and we know how to get out of close games, but the difference this year is not giving up in those later parts of a game.

“So even with a scrum on fulltime and other team’s ball, the boys still didn’t think it was over and it proved that.

“I wrapped him up and then Goodger had an absolutely perfect textbook turnover and then to step up and slot it over was unreal.”

COREY REID – 37-year-old Marist lock, who won a title with Gladstone and returned to Marist after a few years away from the game

“It’s the belief that the boys had and they never stopped. I couldn’t be prouder of a group of people who were up against it and stood up to it.

“My heart has always been with Marist and I always wanted to give something back now that I’m a bit older and from the very start you could feel that there was something very special there and it was easy to become a part of it.”

“It’s been such a crap year with covid, and the opportunity came, and I speak on behalf of all the clubs out there, and they just wanted to play, and if anything we just wanted to do the union proud with our efforts today.

“It was meant to happen, the 75th and all things that have happened from the hiccup where we lost points against Carterton, it was meant to be.”

“A game of ebbs and flows, a game of two halves, a typical cliché, but it was.

“We let Marist get their tail up in the second half and they’re a hard team to stop once they’ve got their tail up and we fell off a number of tackles today which we hadn’t been doing all season.

“We got starved of possession, we missed tackles, and we let in a few easy tries and that cost us in the end.”