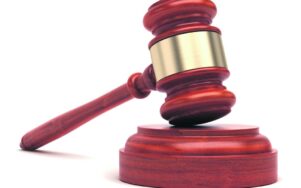 A disgruntled accountant, who began evading thousands of dollars in tax after an Inland Revenue Department staff member was rude to him on the phone has been sentenced to home detention.

Masterton man Robert Sinclair also faces a reparation payment of nearly $140,000 – though the total amount owed to the IRD including penalties and interest is more than $400,000.

The 70-year-old appeared in the Wellington District Court on Wednesday afternoon for sentencing on two representative charges of evading tax and GST payments.

Sinclair was supposed to be sentenced in August last year, but that was put off to November, and again to Wednesday, for various reasons.

The matter was at risk of again being adjourned because, despite telling presentence report writers in August that he had the money to pay back IRD in a lump sum, Sinclair did not have any money to pay reparation.

His lawyer told Judge Stephen Harrop, Sinclair was only in a position to pay back the money in small instalments from his pension, though he did have some stamps he could auction off.

But Judge Harrop questioned why Sinclair hadn’t already done so.

“Why has he not taken steps to sell the assets he bought with the money he stole from the government?

IRD lawyer Constance Bradnock said sentencing should still go ahead, and described the latest complication as the continuation of a “tactic” that had caused sentencing to be repeatedly put off.

After further discussion, it was determined Sinclair was due to receive a sum of money from his deceased cousin’s estate, and IRD would be able to claim the reparation from that payment before Sinclair received anything.

On that basis, Judge Harrop was able to go ahead with the sentencing.

He noted Sinclair had pleaded guilty in July last year to the offending, which spanned six tax years from 2011 to 2016.

“Apparently, all of this began when you were, in your view, poorly treated and abused in a telephone call to the department,” he said.

“While you might be entitled to be annoyed about that, it certainly doesn’t justify your response.”

He said Sinclair, who was an accountant and was well aware of tax obligations, had stolen $170,852.89 in total from the government, but with penalties and interest, the total amount owing to IRD was $439,940.91.

“This needs to be called out for what it is: straightforward theft from the government … Taking money for your own use that could have been used for important government purposes.”

Judge Harrop said the offending was serious and needed to attract a “significant” punishment, “otherwise the message might be that it’s worth a go if you can get away with it”.

Mitigating factors included Sinclair’s guilty plea, and his previous good character and ability to repay the money owed. He has no previous convictions.

Sinclair also has several medical conditions and is awaiting surgery, and while this was not a mitigating factor, Judge Harrop would have needed to take it into consideration if sentencing Sinclair to prison.

He instead sentenced Sinclair to six months of home detention, 150 hours of community work, and ordered him to pay the $138,000 in reparation upon receiving the money from his cousin’s estate.

There will be special post-release conditions for six months after Sinclair finishes his detention. — NZME