Clubs south of the Waingawa River have won nine of the past 10 Wairarapa-Bush premier championships. Greytown have won four of those titles, Gladstone three, and Carterton and Martinborough one each. Can the southern dominance continue? Times-Age sportswriter Chris Cogdale looks at the prospects of those four clubs.

The green and blacks have lost eight players from last season, but coach James Bruce reckons that, in time, he will have a better side than that championship-winning team.

Wing Reece Calkin, midfielder Nikora Ewe, and flanker Himiona Haira have returned to Pioneer, and lock Toby Rowlands and prop Daniel George, who have retired, are among the players Bruce has lost.

“Those senior players who’ve left have probably left quite a big hole. But the players that we’ve got are pretty useful and full of energy, and it makes a man want to keep coaching,” he said.

“The young guys have lifted the likes of Tim Priest and Tipi Haira and it’s pretty exciting.’

Lock-loose forwards Henry Smith and Callum Higginson, Ty Waight – a prop from last year’s Wairarapa College First XV, and Charles Fisa, a promising winger from Makoura are some the new faces in the squad.

Martinborough finished their pre-season with a clash against Wanganui team Kaierau two weeks ago.

Despite the four-try-to-one loss, Bruce was satisfied with the build-up.

“They were very big and very well drilled. We’re a small team, and we have to be smart with what we do, so it was a good workout.”

Bruce said fitness and the teams that best adapt to new referee interpretations will prosper the most.

“If you’re not fit, you’re last. The referee rules haven’t changed but they will dominate the game a bit more and we haven’t got a lot of time to learn, so the teams that stay on-side the best and react to the referees the best are probably going to be the ones there at the end.

“I think we’ve probably got a better team than we had last year, in time, and I don’t know if we’ve got that time this year.

“Definitely the top four is the aim, and there’s no reason that if things go our way we won’t finish on top.”

Corey McFadzean’s retirement is a big loss for Carterton.

Retirements and the loss of players to other clubs will have Carterton start the season “a bit light on numbers”, coach Chris Senior said.

“We’re not as strong as other years. We’ve got a decent 20-22 players but we’re just a bit light here and there,” he said. “If we don’t get too many injuries, we’re probably okay.”

Experienced utility back Corey McFadzean, outside back Utah Walker, and hooker Hone Vella have retired, backs Joseph and Adam Gordon have transferred to East Coast, and wings Oakland Dean-Pene and Curtis Krivan-Mutu have returned to Pioneer.

Senior said he can’t afford a repeat of last season, where injuries ravaged the team and he used 42 players.

“It was a bit of a strange season, and I’ve never seen anything like it. We didn’t use the same 15 players more than once. It was so up and down.”

Carterton narrowly lost a pre-season game against Whanganui club Border two weeks ago and pulled out of last Saturday’s pre-season games in Greytown with several players suffering from colds.

Senior though did take the chance to check out some other teams and liked what he saw.

“I watched a couple of games at Marist at the weekend and no team really pulled away from another team.

“It’s the way the club competition should be, it’s going to be quite an exciting little sprint round I think.”

Senior said the heavy conditions in the early rounds could have a significant impact.

“We’ve had to modify a few of our game plans. Normally you start by running, then you modify later on, but you almost have to do the reverse now. It will be nice at the other end of it because you’ll finish at the best time of the year.”

Senior said if they could get a decent run, they’ll be there or thereabouts. 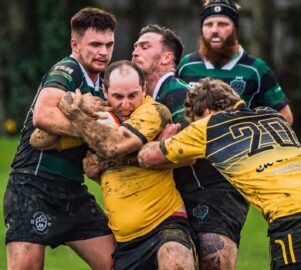 Cameron Hayton [with ball] is influential in the Gladstone midfield.

“We’re looking average with players not being available all the time.”

That’s the view of multiple championship-winning coach Steve Thompson, who has had a frustrating build-up to the club season.

“We’ve sort of got a bit of a mix with people being able to attend when they can, because they’ve got work on and guys that are trying to catch up with work, we’re probably a bit like everybody else,” he said.

“I guess everybody is under-prepared for the first game by about two games, but that’s just the way it is, and I’d say the first two weeks, maybe even three, that teams will sort of be finding their way a bit.”

Otherwise, he has kept much of the squad that made the 2019 final, including abrasive hooker Richard Puddy, loose forwards Ryan Knell and Eddie Cranston, influential midfielder Cameron Hayton, and the Fijian magician Inia Katia, who can slot in anywhere in the backline.

Thompson reckoned that fitness, or lack of it, could play a big part in the abridged season.

“We’re taking it pretty low key at this stage, just because of the state of our players in terms of their fitness and ability at this present time.

“Really, we would be looking at a second pre-season game and then possibly another one, and in my books we’re a little bit behind.

“Expectations are that we will just do what we can do and if we come out on the good side, we can count ourselves lucky I guess.” 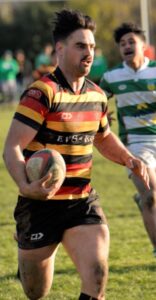 New coach Mark Childs has brought together a talented squad capable of making a serious challenge for the championship.

Greytown were the most successful club of the past decade, winning the Tui Cup in 2012, 2013, 2015 and 2016, as well as being regular finalists and semifinalists.

Childs said the top four is the aim, but the shortened season could have a big impact.

“You’ve got to start quickly otherwise you could be playing for fifth and sixth, or seventh and eighth, that’s the reality of it,” he said.

“Obviously, we have had a checkered prep, but trainings have been good, and the commitment and enthusiasm are there.”

Greytown wrapped up their preparation with a pre-season 12-14 loss to East Coast and Childs was impressed with what he saw.

“The game on Saturday against Coast was a very physical and intense game. Some of the defence was absolutely massive, it was a good game of rugby to watch,” Childs said.

“I would expect most of the games to be along those lines, especially with the weather the way it is and the grounds becoming slower, which tends to be a great leveller.”

Greytown have retained a solid core of experienced players and have attracted some promising young players.

Tavita Isaac will captain the side from No 8, and first-five Raniera Peterson, midfielder Teihana Brown, and fullback Nick Olson provide the backbone of the backline.

Ex-Rathkeale halfback-wing Jack Beatson, wing Logan Hebenton-Prendeville, who has transferred from Gladstone, and Ryan Hargood, a flanker-hooker from Poneke, who previously played for Marist, are promising acquisitions.

Childs said the nine-week season would be positive.

“We’re probably like every club, if you get a few injuries in positions where you don’t have the depth, it’s going to be a bit of a challenge.”

“It may come to a bit of luck if you can keep your squad together without too many falling away. Our thirds are strong, and the club tends to work well together if I do need to call on some of the thirds.

“I think it’s going to be a very even competition.”