Emily Ireland emily.ireland@age.co.nz South Wairarapa councillors are being asked to approve an extra $75k or $116k [contingency-inclusive] to build a new dog pound in Featherston. The council previously set the budget at $340k. Approving the extra funding,... read more

The Featherston train station. Residents are being asked if they want Featherston’s train station moved to the centre of town. South Wairarapa District Council is thinking outside the box with “radical” plans to enhance Featherston as a growth area. It has... read more

Emily Ireland emily.ireland@age.co.nz A sum of $300,000 may be needed to urgently fix an eroding road under which Featherston’s water supply line runs. Wellington Water has raised concerns about an historic slip on Boar Bush Rd that has the potential to impact... read more 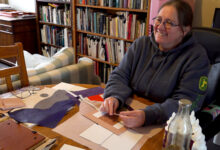 The ancient art of Nag Hammadi in just 2 hours

Featherston > The ancient art of Nag Hammadi in just 2 hours

The craft of traditional bookbinding lives on in Featherston, despite the increase in digital readership forcing book binderies across the globe to shut their doors. Featherston resident and classical historian, Robyn Ramsden, has been sharing her bookbinding skills... read more 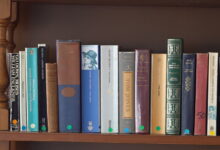 Booktown is the tie that binds

Featherston > Booktown is the tie that binds

Featherston is rolling out the red carpet for the 7000 visitors expected to Wairarapa’s largest literary weekend. Featherston is New Zealand’s only designated Booktown, meaning a small country town with a high concentration of second-hand or antiquarian bookshops... read more 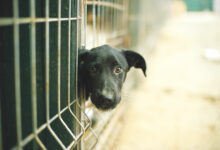 EMILY IRELAND Emily.ireland@age.co.nz Featherston’s dog pound project is progressing behind the scenes, with a contractor due to be appointed next month. At this time, it would be known whether the project would adhere to the $240k budget set aside for... read more MARY ARGUE mary.argue@age.co.nz Despite a relief package extension, Wairarapa’s petrol prices for 91 octane continue to flirt with $3 per litre as import prices reach record highs. A survey of 18 petrol stations across the region on Sunday revealed an average of... read more
Next Page »