Mary Argue mary.argue@age.co.nz A Police bust has seized a quantity of cash, cocaine, and cars in two operations in 12 hours. Wairarapa police confirmed a drug bust at a property near Masterton yesterday led to the seizure of a quantity of cocaine, methamphetamine,... read more

Who is behind the hoax bomb threat?

Crime and justice > Who is behind the hoax bomb threat? 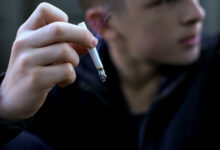 MARY ARGUE mary.argue@age.co.nz Police have arrested a woman accused of selling cannabis to high schoolers after a raid on a Greytown house. Police recovered more than 50g of cannabis packaged for sale in a search warrant executed at the property on Wednesday morning.... read more