Lobby group behind march to Beehive It’s not quite driving a tractor up the steps of Parliament but farming lobby group, 50 Shades of Green, intend to have their concerns heard – they’ve organised a march on Parliament.

Chair Andy Scott called the Wellington event a “provincial get-together” and said it was aimed at a larger audience. 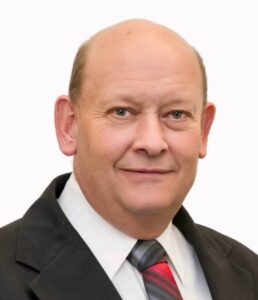 “We’ll be telling our story to a city audience by coming to Wellington,” he said. “The politicians aren’t listening to us so hopefully the general voters will.

“The blanket planting of good farmland has reached crisis proportions. Add to that the water proposals, land use changes and the consistent campaign against rural businesses – we have a problem.”

Scott said it wouldn’t just be farmers at the meeting but representatives of all provincial New Zealand, including everyone from stock agents, rural advocacy groups and suppliers, through to real estate representatives.

“We’re expecting a good turnout of people from the provinces,” he said, before estimating “a few thousand people to turn out”.

The event comes after weeks of farmers calling for more to be done.

Some Wairarapa farmers have been keen to lead a tractor protest like that employed in 1987 over fuel price hikes, or in 2003 over the Government lifting the moratorium on genetic engineering trials.

A similar protest was also held near Kaipara Harbour, in Ruawai last month over concerns echoed by 50 Shades of Green.

Scott said it was less about protesting as it was reaching a wider audience and having farmers concerns heard.

Wairarapa Federated Farmers president William Beetham said he understood why the event had been organised and supported it.

He said many farmers felt similarly, and others in provincial areas were concerned about how it would impact the urban centres.

“They’re just asking for the government to give rural communities a fair go.

“This is not just farmers wanting to drive tractors up the steps of parliament. It’s about rural communities.”