Living below the breadline Having a full tummy is something many of us take for granted.

A balanced diet is vital for the health and well-being of our bodies and our minds. Your pantry and fridge may be full, your veggie garden may be blooming, and putting dinner on the table tonight is no problem. But that’s not the case for everyone.

You only need to turn on the news to hear that poverty is alive and well right here in Aotearoa.

People are living in cars, councils are introducing measures to tackle homelessness and street begging, and food banks are reporting record numbers of parcel handouts.

Feeding the family is tough for many Kiwis, and it’s no different here in Wairarapa.

The terms food insecurity and food poverty are ones you may or may not be familiar with.

Food insecurity, sometimes called food poverty, exists when people do not have adequate physical, social, or economic access to food.

People are considered to be food secure when they have access to sufficient, safe and nutritious food, which meets their dietary needs and enables an active and healthy life.

Understanding how these terms relate to the Wairarapa community has been the focal point of an in-depth research project commissioned by Connecting Communities Wairarapa and conducted by Greytown-based research consultancy, Planalytics.

The research findings have been laid out in the report, Waste Not, Want Not: Food Insecurity in Wairarapa.

The report is the basis of Midweek’s Hand to Mouth campaign raising awareness of food poverty in our region.

The report aimed to establish if and to what extent food insecurity was an issue in Wairarapa.

As part of the research, Planalytics conducted interviews with 25 participants from 18 Wairarapa agencies involved in helping community members struggling to make ends meet and feed their whanau.

Data from local food initiatives, such as food banks, Waiwaste, and the Community Kitchen was also analysed.

We’ll explore what great work these groups and others are doing to address food need in our region later in this series.

This week we ask, what are the impacts of food insecurity?

Lucy Cooper, principal analyst at Planalytics and lead researcher on the Waste Not, Want Not report, says food insecurity can adversely affect many areas of a person’s ability to thrive.

“Our review of the current literature showed that food insecurity contributes to a range of adverse health outcomes, including obesity [because healthy food can be expensive], diabetes, and other chronic conditions, as well as mental health issues and high stress levels.”

Family and community networks were also undermined, with people isolating themselves to avoid social situations that require food provision, such as funerals and tangi.

The report states there is a “perceived abundance of food in New Zealand” but for various pockets of Aotearoa this is not a reality.

Planalytics found more recent research that corroborated these findings, indicating that food insecurity in this country had “not decreased over time”.

Numbers obtained from the Ministry of Social Development showed the total spend on hardship assistance for the Wellington region, including Wairarapa, went from $15 million in 2016 to $19.4m in 2018. 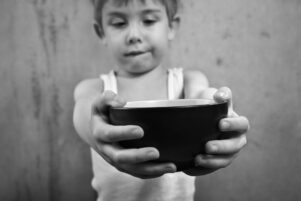 Food was the main reason for people needing hardship assistance.

More recent data obtained from MSD by Planalytics showed food grants issued for Wairarapa had declined gradually over 2017/18 and 2018/19.

Lucy said, “Although food grants may be declining, the local agencies we spoke to had seen a steady increase in demand for their services over the years. Some anticipated that increase to continue in the future.”

To date, no co-ordinated nationwide government response to food insecurity has been implemented.

However, there are many charities, volunteers, and organisations around the country working hard to plug the gaps.

Waste Not, Want Not found there were about 29 initiatives addressing food need across the Wairarapa region.

Next week we’ll look at key factors leading to food insecurity and the barriers faced by people struggling to put kai on the table.

Have you been affected by food insecurity? If you would like to share your story, email midweek@age.co.nz

Karyn Burling knows all too well the struggle many Wairarapa folk face to provide for their families.

Having worked at Whaiora in Masterton for two decades, she says she’s witnessed an increase in community need.

She said many of her clients had to focus on living day to day “rather than thinking about having a future”.

And high rents, lack of price governance on rentals, and low benefits were contributing to the problem.

She said many of her clients were paying upwards of $400 rent each week, while receiving benefit payments that could barely cover expenses.

“Therefore, families are spending it on rent and power and the first thing to suffer is food and the quality of it.”

Pensioners were also vulnerable to food insecurity, she said.

“There’s no one answer. Unfortunately, until there are changes at the top level – at government level – nothing can change.”