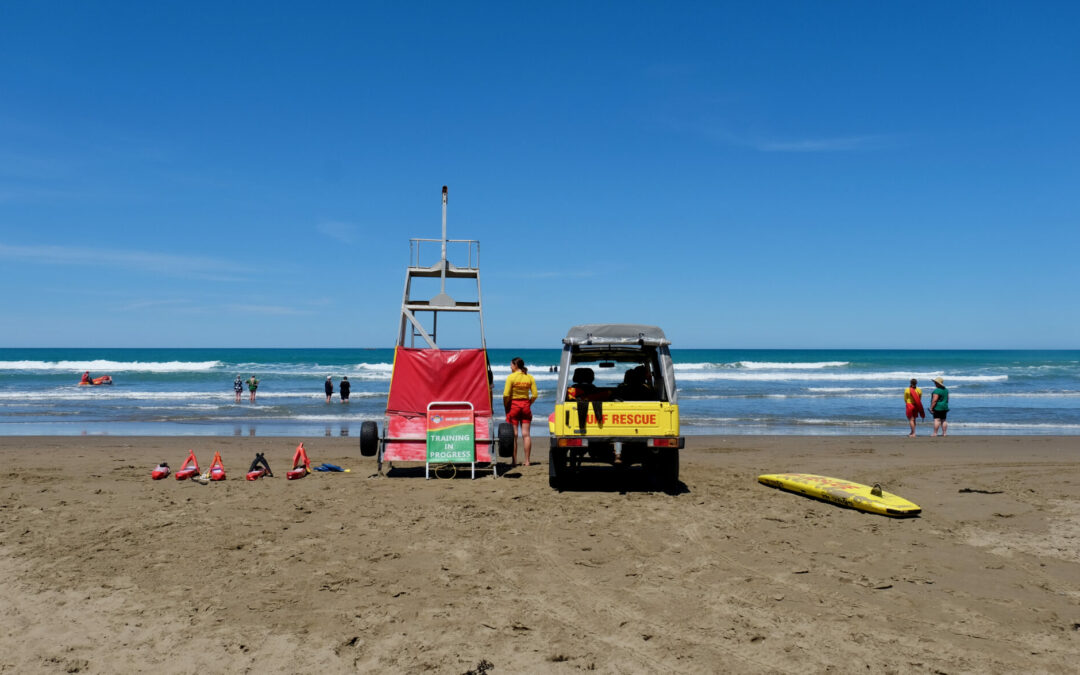 Riversdale surf lifeguards were on high alert at the weekend, responding to two dramatic incidents involving police and a Life Flight helicopter.

Riversdale Surf Life Club chairman Dave Rose confirmed lifeguards attended to a man with suspected spinal injuries on Sunday and had administered first-aid at an incident, which resulted in two arrests on New Year’s Day.

Rose said a man in his 40s had been boogie boarding at the main beach on Sunday afternoon when the accident happened.

“He nose-dived off a wave and ended up face-down in the water.”

Rose said a lifeguard witnessing the event went into the water immediately and a swimmer nearby helped bring the man to shore.

He said they were lucky that an off-duty paramedic was at the beach and made an initial assessment before calling the ambulance.

He said every precaution was taken, with guards strapping the man to a spinal board to transport him off the beach.

Rose said the man was “conscious and chatting, but he knew when he came off the wave that he was in trouble”.

He said conditions at the beach had been variable.

“There are a lot of waves dumping, which are caused by a sandbar that has built up.

“You get a big rearing wave at the front of the beach. It just climbs on the sandbar and drops. “

Rose said he did not know the height of the wave the man was riding but said “they were a good size” on Sunday.

He said lifeguards closed the beach for 20 minutes after the man was pulled to shore to assess the conditions.

He said it was fortunate the man had been between the flags and requested all swimmers stay within patrolled areas.

“One of our lifeguards was watching the whole incident.

“We can’t be everywhere all the time. So please swim between the flags, and we’ll look after you.”

A man holidaying in Riversdale said there had been super “strong waves and rips” on Sunday.

Life Flight confirmed a helicopter arrived at Riversdale beach about 3.30pm and airlifted a man “in a severe condition” with suspected spinal injuries to Wellington Hospital.

It said the patient was subsequently transferred to Christchurch Hospital.

Life Flight said it had been a team effort with lifeguards, fire officers, and paramedics attending to the man before the helicopter arrived.

“We are just doing our job, but many of them are volunteers giving up their summer.”

He said the lifeguards “attended injuries” about 1am on Saturday until paramedics arrived.

However, no charges were laid, and the pair was released with a formal warning.

In a statement, police said most New Zealanders rang in the New Year safely, but there were “hotspots around the motu”.

Riversdale was one of three places in New Zealand where arrests were made for New Year disorder.