On the afternoon of the first day back at school for the year, 16-year-old Sophia Phillips [pictured above] – a trained lifeguard – was looking after her younger cousins in the pool of her family home in Oriental Bay, Wellington.

But when her auntie Debra came to check on them, Sophia was floating beneath the surface.

The boys were concerned as Sophia had not come up from under the water for some time.

At this point, the auntie screamed for Sophia’s older sister Brittany, who was also a trained lifeguard.

By the time Brittany got to the pool, Sophia was at the bottom of it.

Brittany wasted no time, jumping into the pool fully clothed.

“I dragged her to the surface, and we pulled her out from the pool,” Brittany said.

“She was very lifeless, very purple, and so I automatically kicked into first aid mode.”

While her auntie called the ambulance, Brittany checked Sophia for a response.

I had been a lifeguard, and I was quite a confident swimmer, so I didn’t really understand that I could drown in a pool. – Sophia Phillips

“It’s all somewhat a blur because adrenaline kicked in. I don’t see it in great detail – it all happened so quickly.” Riversdale senior lifeguard Elliott Phillips used his training to save his sister from drowning in the family pool.

Brittany’s brother Elliott had been preparing to leave for a search and rescue operation at Lake Ferry with the Riversdale lifesaving club.

He was in the garage about to get into his car when he got a call from his cousin, telling him to come back right away.

He dashed back to the poolside and started chest compressions on Sophia while Brittany took care of her breathing.

“There was no life at all. My auntie and sister were shaking her and telling her to wake up, but she wasn’t waking up.”

Elliott said his training as a senior lifeguard kicked in, and he directed his auntie to get a towel and dry Sophia off in preparation for a defibrillator.

Elliott and Brittany completed round after round of CPR – 30 compressions followed by two breaths.

“We did about 10 rounds, and there still wasn’t any life,” Elliott said.

“After about five rounds, I was pretty certain she was dead.”

But at that moment, Sophia gave a short gasp.

After about 10 minutes, the fire brigade arrived at the house and took over the CPR and defibrillation.

Paramedics then arrived and put Sophia on an oxygen mask. About 12 police officers also showed up at the house, some off-duty and checking that the rest of the family was okay.

On arrival at Wellington Hospital’s emergency department, doctors worked on Sophia for more than an hour.

With Sophia’s lungs so full of water, the doctors gave her a 5 per cent chance of survival at best.

They continued to give her 100 per cent oxygen but were still losing her at times.

Sophia spent five days in the hospital’s intensive care unit and eight days at the hospital in total. It took six attempts to bring her out of an induced coma.

Speaking with the Times-Age a month after the incident, Sophia said she was progressing well. 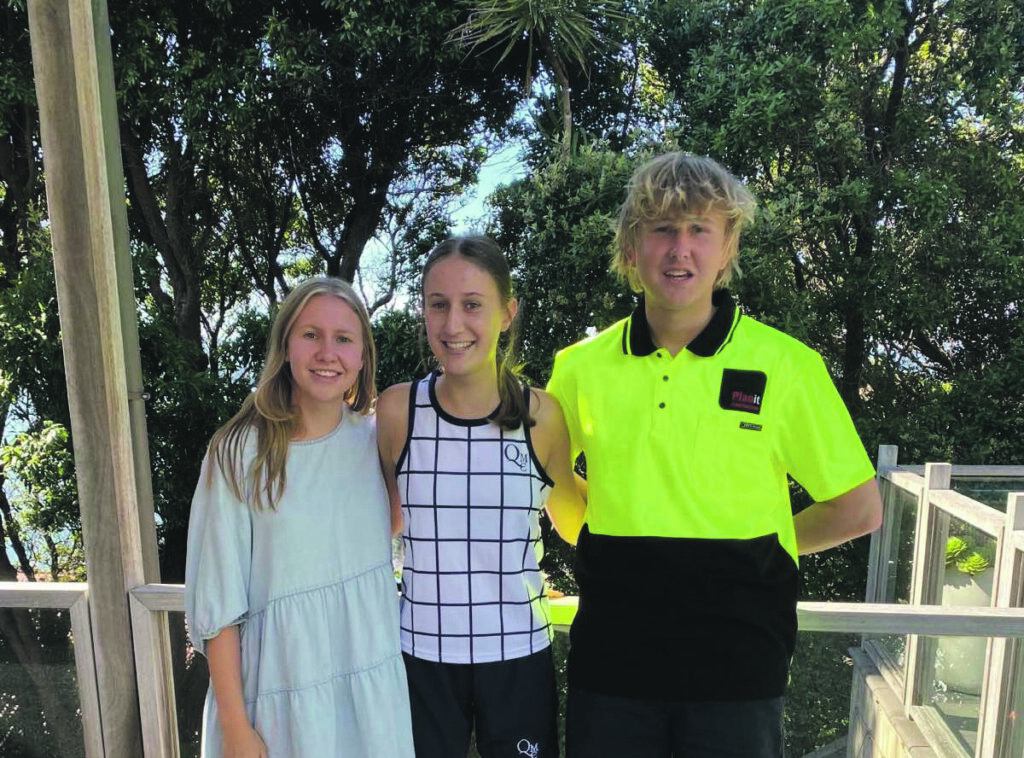 She was gradually returning to school at Queen Margaret College, attending classes for two or three periods a day before
returning home to rest.

She said her school had been supportive throughout her recovery and hadn’t loaded her up with too much work.

However, she still found walking between classes tiring and was undergoing physiotherapy.

Doctors suspected that Sophia had had an epileptic seizure and had since put her on anti-seizure medication.

Sophia had forgotten most of the day’s events leading up to the incident but said some things had started to come back.

“I remember a nurse giving me an ice block when I had just woken up, but other than that, I don’t remember much.”

When her dad explained why she was in the hospital, she had found it hard to believe.

“I didn’t laugh out loud, but I thought it was a bit funny because I had been a lifeguard, and I was quite a confident swimmer, so I didn’t really understand that I could drown in a pool.”

Sophia had been a “vollie”, or volunteer lifeguard, at Riversdale for about a year.

As she progressed with her recovery, she had a straightforward message for people: Get trained in CPR.

“It was life or death for me.”

Riversdale club chairman Dave Rose said the club was proud of the efforts of Elliott and Brittany in saving their sister.

“Over the years, many lifeguards have been at emergency incidents in the community and have used the skill sets they have learned as surf lifesaving guards to respond to the situation,” Rose said.

“We have always ensured first aid training is a priority at our club and give a huge thanks to Powerco for their ongoing support in this area.”

The club was now entering Elliott and Brittany’s save in the National Rescue of the Month award.

Club committee member Jane Tiley said the club felt the rescue was deserving of an application.