Megan Hull is confident the Black Sticks can medal in Tokyo. PHOTOS/GETTY IMAGES 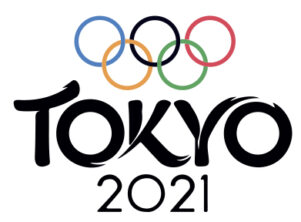 Wairarapa’s hockey stars, Dane Lett and Megan Hull, said their respective Black Sticks teams are well-prepared to push for medals at the Olympics.

The pair returned to New Zealand briefly last week after an extra eight-day stay in Perth, where they had been playing Australia in their final Olympic warmups.

The teams headed to Tokyo on Saturday, giving them a week to acclimatise before competition starts this weekend.

Hull said the extended stay in Perth was beneficial for the women’s team.

“It was hard not to get home earlier, but it was actually really good for the group as well, and we got to work on quite a few things, and you’ve always got to look on the cup half-full
side,” she said.

The women won the first test in a penalty shootout and lost the second while the men suffered two losses in Perth.

However, Lett felt the Kiwis were considerably more competitive than when the two sides met in a four-test series in Palmerston North in May.

“In Palmerston, we got dominated, but I thought in Australia we were really competitive. For some quarters we were as good as them, and we had quarters when we were better, but there’s still a way to go.” Lett had an injury scare when the ball hit his cheek and left an imprint of the seam on his face.

“It was just a knock, and I have a fracture through my nose, but the cheekbone is okay. That’s the main thing.

“I quickly went to the doctor, and he said I would be fine, so I was pretty pleased there wasn’t anything serious.”

Lett was satisfied with his own form in Perth and felt that he made more of an impact than the tests in Palmerston North but said he would need to take it to another level in Tokyo.

The ninth-ranked men take on India, Australia, Spain, Argentina, and Japan in pool play, with the top four in their group progressing to the quarterfinals.

“It’s a pretty even pool, and there are no easy teams, but also there are a lot of teams we can beat.

“In the Pro-League we beat Spain and Argentina, and we beat India in the semifinals of the Commonwealth Games, and we’ve beaten Japan numerous times.”

Only the home side are ranked lower than New Zealand, at 15, and Lett said the lack of crowds could suit the Black Sticks more than other teams.

“It could be an advantage, playing Japan with no crowd, and because some of the other nations feed off the energy of the crowd and that’s what keeps them up.

“But we’re a little bit more down to earth than that and we motivate ourselves; it’s something that maybe favours us more than some of the other teams.”

Lett said the first goal is to get out of pool play. After that, it’s who performs on the day.

“If we can get to that stage, we’ll be doing well, and from there you never know what can happen on the day.”

Hull also said the lack of crowds could play into the women’s team’s hands, but it will come down to whoever adapts the best.

“Once you get out there and start playing, the crowd disappears anyway, and we won’t think about it too much,. 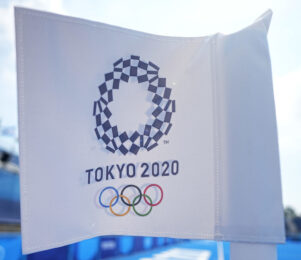 “It is going to change the atmosphere a wee bit, and I do wonder if it might be good for us, but it will be different, and we might be able to hear each other calling and the team talks.”

The women have the third-highest ranking of six in their group, which includes Australia [2], and Argentina [3], as well as Spain [7], China [10], and Japan [14], and will be favoured to make the quarterfinals.

Hull said a medal is definitely the target.

“We’re feeling quite good as a group, and we want to do everyone really proud, our families, and the people who support us, and New Zealand, and we’ll do everything we can to make that happen. It’s just really exciting because we have so much talent.”