Learning through waiata and poi 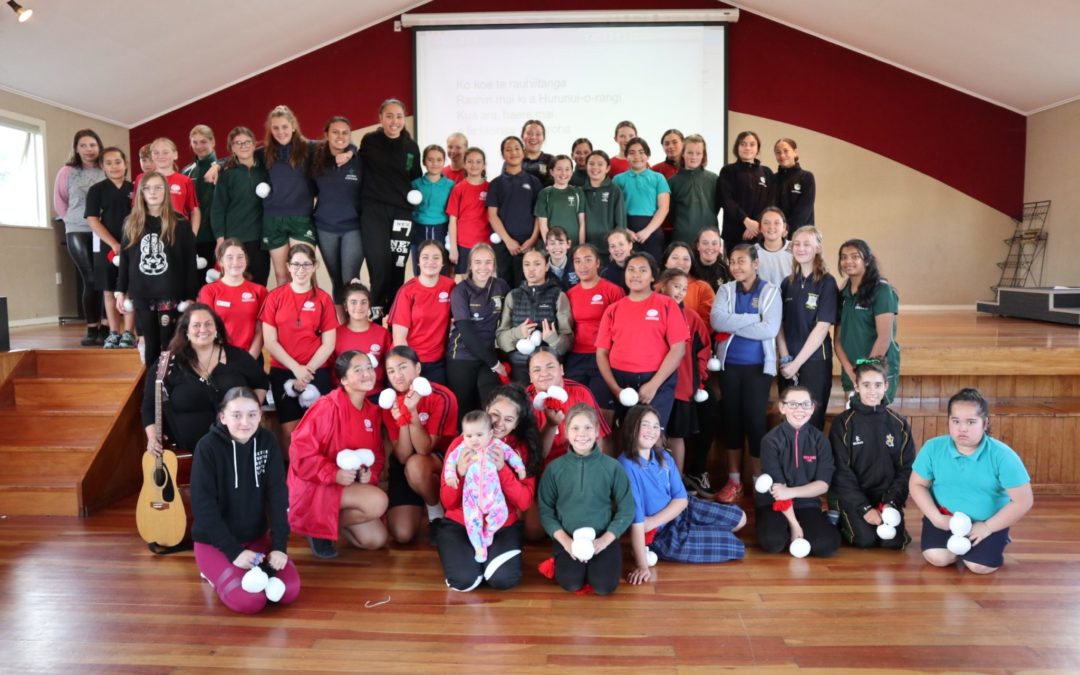 Over 70 girls from schools all around Masterton sang and performed a waiata together as part of the second session of Poi Porotiti Tapara Patua.

The programme, run by REAP and supported by Masterton Trust Lands Trust, started last year and teaches leadership and resilience to girls’ from years 5 to 13, as well as revitalising te reo and teaching cultural integration.

Mother-daughter duo Pania Reiri-Smith and Palais Douglas have taught the programme since its creation last year.

The programme runs for four sessions, with the final session held in combination with the boys programme, Nga Tama Toa, at Te Papa in Wellington, at Te Marae on November 12.

Te reo is on the up in the region and “kapa haka is a huge part of that and this all feeds into it,” she said.

The programme is available to all schools in Masterton, and nearly all participate in both programmes.

At Poi Porotiti, the girls learn a new waiata each session.

They start each session learning pronunciation and the meaning behind what they say before adding in poi later in the day.

On Tuesday the group learnt a new waiata called Ko koe te rauhitanga which was written by tutor Douglas.

She said the waiata was about asking her ancestors for guidance and strength.

For her, poi taught her confidence, leadership, motor skills and to be beautiful.

“I have loved it all my life,” she said.

“Then you look back at the end and you think, wow,” she said.

The poi for Poi Porotiti programme were made by the whanau and teachers of Te Kura Kaupapa Maori o Wairarapa.

The whanau and teachers made 160 poi in a two week timeframe to support the poi wananga and as a fundraiser for going too Te Mana Kuratahi – National Primary and Intermediate Kapa haka competition which the kura are competing at in November in Hamilton. 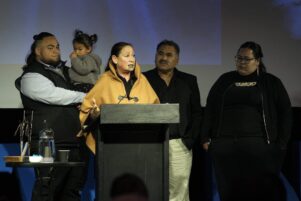 Ngati Te Korou, a Wairarapa hapu, were awarded the Te Whanau Whakaihuwaka award at the Ngati Kahungunu Maori Language awards at the end of August for an inter-generational family that has worked tirelessly to revitalise te reo Maori.