Aiden Sayer, 20, was hospitalised after a workplace accident on Tuesday. PHOTO/FILE

The community has pitched in to help the family of the Masterton man who was critically injured in a workplace accident on Tuesday morning.

Aiden Sayer, 20, works as a welder at AGTEC Machinery in Solway and has been there for several months – it specialises in manufacturing, selling and distributing farm machinery and parts.

His stepdad Craig Ireland said the incident happened after a tray became unstable and fell.

A Givealitttle page was set up by Sayer’s aunt Koren Sutherland who described him as a “fun-loving 20-year-old”.

“If you have a chance to meet Aiden, you would like him, he would chat away to you like you’d been mates for years and offer any help he might be able to do for you on the spot.

“[He] works hard and managed to buy his first home last year and has been slowly working away at renovating it ever since.”

Sutherland asked for people’s help to support his family. 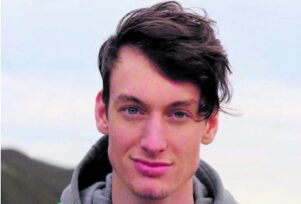 “Aiden will need a lot of care and support in future months and as he and his family live in Masterton, it means they are stuck in Wellington for the foreseeable future and as any mother knows, it doesn’t matter what age your child is, when they need you, you do everything you can to be there.

“Unfortunately, there are a lot of costs – petrol for [the almost two-hour] drive from Masterton, accommodation, food, etc.

“Aiden also has a mortgage, rates, and insurance payments to keep up and there will be his associated costs once he begins his recovery journey.”

The Givealittle page is called Help Bring Aiden Back.