New self-isolation requirements to help contain covid-19 have led to South Wairarapa luxury resort Wharekauhau Country Retreat receiving hundreds of thousands of dollars of cancellations from overseas guests who were booked to come in the next few months.

Resort general manager Richard Rooney said it was fortunate the travel ban, and self-isolation requirements kicked in at the twilight of New Zealand’s tourist season.

He said it would’ve been much worse if this had happened a couple of months ago.

“We would’ve lost a lot more money and it could’ve been catastrophic,” Rooney said. 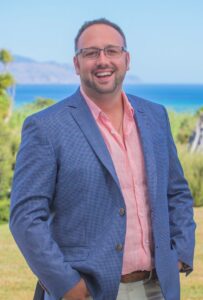 “Even now, I know of luxury lodges that are already over the million-dollar mark in losses.

“But we have had a great 10-12 years and knew there would be a down time and here it is.

“We are making sure our staff are well and looked after and particularly our international staff that need to get home.”

Rooney said there could be a silver lining for Wairarapa because it was off the track and not crowded, like Queenstown for example, so could well be more attractive right now for the domestic market.

“I have had people calling to book here as they were not going overseas and not spending that money on flights but have decided Wairarapa is a place to visit and to spend in.

“If they were going for a four-star holiday, they can now have a 5-star holiday in New Zealand.”

Rooney has been at Wharekauhau for 15 years and knows how the terrorist attacks on the Twin Towers and the SARS virus hit the tourist market but said the hospitality industry did generally bounce back.

But Wharekauhau, while attracting predominantly Americans in the summer, is also attractive to Australians and he was hoping that Australians would be back sooner rather than later.

Rooney said hospitality was an “ever evolving” industry and “you need to be resilient to survive”.