The Warehouse in Masterton. PHOTO/FILE

Banned from Warehouse for two years

Running late for work, and with a hole in her uniform pants, a busy mother-of-two from Masterton says she dashed into The Warehouse to buy a new pair – and now faces a shoplifting charge over what she says is a “huge misunderstanding”.

Madeline Hume told the NZ Herald that police arrested her at home, in front of her children, weeks after an incident that she described as an innocent mistake.

Hume had dropped her children with her parents and was heading for work on December 23 when she discovered that her uniform trousers, a pair of basic black work pants, had a hole in them. 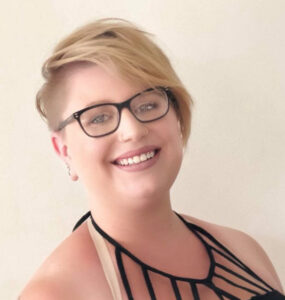 Madeline Hume has apologised to The Warehouse and described the situation as a “huge misunderstanding”.
PHOTO/SUPPLIED

Hume then headed for her local branch of The Warehouse to pick up a replacement pair, telling the Herald that she “ran in and grabbed heaps of pairs” of the same style she was wearing.

“I left my husband a year and a half ago and I’ve lost a lot of weight and I wasn’t sure what size would fit,” she said.

“So, I grabbed five-odd pairs and went into the changing room to try them on.

“I quickly tried them on and found two that fit, put my pants back on, paid for the ones I wanted and left the store.”

After her arrest, Hume was told that she, in fact, left the pair of pants she was originally wearing on the changing room floor and wore a third pair out of the store.

Hume said she didn’t notice any tag on the pants, which are valued at $30, and put them in the wash as soon as she got home from work after her 8-hour shift.

“I got home from work and threw them straight in the wash so even if they had a tag, it would have disintegrated in the water,” she said.

Hume says she didn’t give her purchase any further thought until she was arrested at home on Monday this week and taken to a police cell.

Hume, who said her only other dealings with the police had been as a complainant, told the NZ Herald she only spent 20 minutes in the cell but “it felt like so long”.

Hume was arrested in front of her two children, 2 and 4, who asked her partner: “Where’s mum gone?”

After Hume was arrested and bailed, she handed a letter of apology and $30 in cash to The Warehouse and says she hopes they will accept the gesture.

She told the NZ Herald that, had she been contacted directly by The Warehouse, she would “have immediately gone down and paid for it,” saying it was a “huge misunderstanding”.

“It was an honest mistake.”

The Warehouse would not comment on the case, saying it was a police matter.

Hume faces court later this month and has been trespassed from the Masterton branch of The Warehouse for two years. — NZME