Awards for the cream of the crop 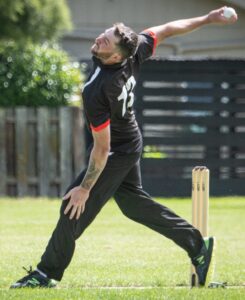 Stefan Hook is men’s representative player of the year.

Hook won the Dermott Payton Trophy for men’s representative cricketer of the season and the Rance Bowling Cup for his outstanding return in the Furlong Cup-Hawke Cup elimination series.

The medium-fast bowler captured a remarkable 25 wickets in the five-match series, at an average of 13.48. His best match figures were 10-92 against Whanganui, with a best innings return of 6-35 in that match.

Southey Sayer Wairarapa Korus opening batter-wicketkeeper Sims won the Outstanding Women’s Player Trophy and the batting trophy for her breakout season for the side.

In the Shrimpton Trophy, Sims averaged over 44 with the bat, scoring 221 runs with a top score of 73 not out. Her efforts earned a call-up to the Central Hinds for the Super Smash T20 match with the Canterbury Magicians in February.

Other representative honours went to Jared van Deventer, who won the Curtis Cup for batting, having scored 269 runs over the season, with an average of 24.45, and a top score of 90 against Horowhenua-Kapiti.

Elizabeth Cohr won the Korus’ bowling trophy, taking eight wickets with her offspinners, at an impressive average of 16.25, and a best of 4-32 against Taranaki.

Emma McLeod was honoured with the Korus’ Emerging Player Trophy for her brilliant season with bat and ball.

The promising allrounder scored 148 runs in the Shrimpton Trophy, at an average of 29.6, and a high score of 56 not out in a nine-wicket win over Taranaki in which she took five wickets at 24.4 with her off-spin bowling.

In a break from tradition, the awards ceremonies were split over three nights, starting with junior cricket, followed by women’s cricket, and the men’s senior cricket.

The junior cricket awards also moved away from statistics-based awards. The awards are now based on leadership and development under NZ Cricket policies.

The ‘Strength and Character’ awards are presented for those who show leadership, self-development, courage to give something a try without fear of failure, are hardworking, and challenge to extend themselves.

The ‘Pathway and Development’ awards are presented to the players who have improved and developed over the season, consistently contributed on and off the field, and shown a willingness to learn and grow their skills and knowledge of cricket. 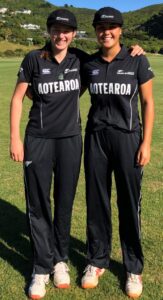