Healing trauma through the arts 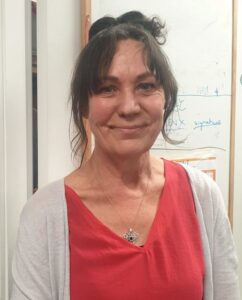 Fridays are for women at KSA.

“It’s a different kind of day, the guys are fine, but it’s good when it’s just the girls,” said Janet McDonagh, who had been attending for more than five years.

Tilyard said they sometimes got backlash about excluding men on Fridays.

Still, the argument for having a women-only day was about providing a safe place for women to relax without worrying about the opposite sex.

For every 30 or so women who attend on a Friday, about 10 will only come on women’s day.

“Mental health and well-being issues that are gender-based could be to do with historical abuse or domestic violence,” Tilyard said.

“Statistics do support the fact that we’re not a perfect world in that area.

“Violence against women and children is still happening.”

She said the centre was always open to the idea of a men’s day, but there weren’t the numbers to support that.

There is also The Men’s Shed down the road, Tilyard said.

There is a nurturing that happens for women in this space, she said.

“We’re also involved in nurturing people of an older generation who suffered the fact that disclosure was even less likely – if you’re in your 60s and 70s now, our experience is that women who have experienced domestic violence are incredibly shut down about it.”

“There is just no place for them to start to unravel how they feel.” “It’s quite hard to speak about or understand unless you’re in it – you know there’s going to be an argument and a fight, so you almost engage in behaviours that cause it because it’s better to know what you’re up against.”

KSA artist Wendy Groves, 82, is healing from a car crash that happened 37 years ago.

Tilyard said Groves’ body had suffered complications from the trauma of the crash, and a few years ago she almost died because of it.

“I’ve always had a bent arm; they could never correct it properly,” Grove said.

“I’m about to take up oil painting again, which will teach me to use my arm.”

“I’ve had to overcome a few problems, but we’ve got there”.

Groves said she had been coming to KSA for 10 years and it was the “artistic direction combined with the friendship of the people here”, that kept her coming back.