Raniera Petersen has been in top form for Greytown. PHOTOS/FILE

Expect to see some new faces

Wairarapa-Bush coach Joe Harwood will name his first representative team of the season next week and he is thrilled with what the closeness of the premier club rugby championship could mean for the team.

The 30-man squad will prepare for the traditional Queen’s Birthday fixture away to Hawke’s Bay, which will be the team’s first outing since losing the Lochore Cup final to Horowhenua-Kapiti in October.

After five rounds of the Moose Kapene Cup, only nine points separate joint leaders, Eketahuna, and Greytown, from Carterton in seventh place.

Although not overflowing with exceptional talent, Harwood is happy with what he’s seen and is hoping the added competitive nature will transfer to the representative team.

“It’s a nice, even competition. Last year, the top three or four teams were known after about four rounds so it’s keeping interest and it’s helping players who are vying for positions in the rep squad.

“There’s a little more depth than in the past couple of seasons. There are some quality players out wide in the back three and we’ve had a couple of bigger men arrive in the middle row.

“Some of these new guys coming into the area are adding a lot to the competition” he said. 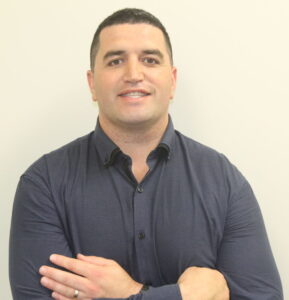 Harwood was particularly impressed with what he’s seen from the wingers and fullbacks.

“I saw the Gladstone-Martinborough game and the back three of both teams were outstanding. They scored some good long range tries. Alex Priest [fullback] and Nathan Hunt [winger] for Martinborough were very good. Jack Wakeling [East Coast fullback] is another player I’ve heard some good things about, and I will have a good look at him this weekend.”

Lock is another area where Wairarapa-Bush have struggled to find players with the size and power to have an impact at Heartland level, but three Eketahuna players have stood out for Harwood.

Wiremu Grace, who played the last of his 10 matches for Wai-Bush in 2015, has returned to the province. The arrival of 2.01m, 130kg lock Clinton-Keil Skelton, a cousin of former Wallaby Will Skelton, would also add much-needed bulk, while the form of Regan Pope has impressed Harwood.

He also likes what he’s seen from the region’s five-eighths.

“Josh Pepperell [Eketahuna] has been running the cutter really well, Tim Priest has been in great form for Martinborough, and Raniera Petersen has moved over from Upper Hutt and is doing well for Greytown.”

At halfback, Carterton’s Darryl Pickering, East Coast’s Brian Arnold and Cody Whittaker, who is injured but has played Mitre 10 Cup for Taranaki, and former Palmerston North Boys High School star Lee Thompson, who is playing for Eketahuna, are players who stand out as potential selections.

‘We still lack experience in midfield, especially at number 12. We’ve got some really good players, such as Robbie Anderson, Tristan Flutey and Cameron Hayton, but they’re 13s [centres] and we don’t have the depth and size at 12.”

Mike Lealava’a, from Wainuiomata, filled the role in the Wai-Bush Heartland side, but Harwood is undecided if he will be an option this season. Greytown’s Cyrus Baker, who missed most of the 2018 season, is still out with a long-term injury.

Hooker is an area where Harwood knows all the deep dark secrets, having played 61 games in that position for Wai-Bush, and he is concerned at the lack of depth.

“We’re light at hooker and the guys are lacking in the core roles, in particular hitting the ‘number six’ in the lineouts, so that’s a real area of concern.”

Harwood is uncertain if they will bring any “imports” for the Queen’s Birthday match but said there would be new players in the squad.

“We’ll be bringing in some new guys to see if they have the right work ethic and attitude to make it at representative level.”