Participants completing their share of 3085 man makers on Saturday. PHOTO/SUPPLIED

Pledging to do a gruelling exercise for every dollar raised for Movember seemed to be a good idea at the start of the month for Matt Henderson and George Littlejohn.

But some help was needed to fulfil their mission when the duo’s campaign for men’s health raised more than $3000.

A team of about 20 people gathered at Strength Nation gym in Carterton at the weekend to help complete 3085 “man maker” exercises.

It took just under five hours to complete.

Littlejohn and Strength Nation co-owners Henderson and AJ Manley each did 400 on the day. Henderson joked his legs were written off for about two days

Throughout Movember, Henderson and Littlejohn’s moustaches encouraged quite a few people to start talking about men’s health, they said.

After the success of this year’s fundraiser, Henderson he said they were definitely wanting to run something similar next year. 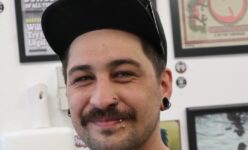 How mo’ growers finished up

NICK OLLIVER was looking forward to shaving his moustache off.

He said a lot of people had donated to the collection bucket at Barbershop Jordy where he works.

Inspired by the month of fundraising, he was now looking to participate in Beardcember – raising money for bowel cancer. 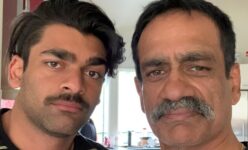 Father son duo ANIL and DHRUV RAMAN have enjoyed completing the Movember month together and getting people to talk.

Dhruv said it took some convincing to get his dad to participate, but he was glad they did it.

He said people were happy to donate and chat about men’s health which was the aim of Movember. 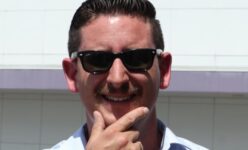 Greytown’s BRADY BINGHAM said his moustache had gained a lot of interest throughout November.

He said it acted as a great starting point of conversations around men’s health.