Gore and more at The Pandemic A Masterton woman with a passion for gore has turned an 1880s cabin in the foothills of the Tararua Range into the ultimate horror escape house. 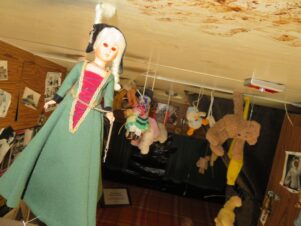 Dolls hanging from trees, a chair made from bones, shackles, locks, and a deadly strain of tuberculosis called TBs2 are just a few of the horrors that await those brave enough to sign up for The Pandemic.

Claire, owner of Twisted Tourism which will run The Pandemic, spent around three months building sets and working on challenges, props and scripts to prepare the cabin and surrounding area for its official opening on October 31 – Halloween.

“I liked the concepts of escape rooms, and we’d done a few but I feel it’s a bit fake. I wanted mine to be real – real tasks, real adventures,” Claire said.

“This is a total immersion experience and you are not simply left alone to solve a series of puzzles and uncrack codes, this is a hands-on, mentally-challenging, running for your life through the forest, sickenenly gory task of survival.” 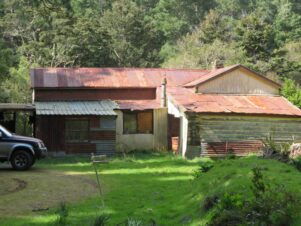 The R16 attraction, which can only be done at night, has taken trial groups more than three hours to complete.
Escapees are tasked with ‘saving the world’ by finding out how far through a mortician who had been living in the cabin was with finding a cure for the virus.

Among the characters they encounter are an eccentric housekeeper and her sick daughter.

The Blair-Witch-esque woods surrounding the cabin as well as movie grade props such as intestines, faeces, and masses of blood help to make the experience as realistic as possible.

Escapees need to crack codes, work as a team, navigate, and problem solve their way out of the situation.

“It is an acted attraction and also a bit more grim. I think we’ll get the escape room crowd and then we’ll see how they cope.” 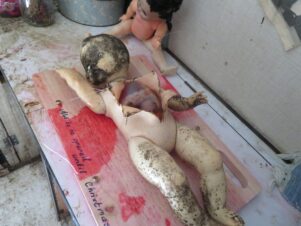 The previous serial killer attraction, which Claire had also run had attracted plenty of people from Palmerston North, Levin, and Wellington.

The Pandemic is best completed with groups of four to eight people, and information on how to book can be found at https://twistedtourism.yolasite.com.

A R13 version is in the pipeline for summer.