After more than 25 years playing in Wellington competitions, Wairarapa’s secondary school premier teams will play in the Manawatu leagues from this year.

Waicol won the boys’ championship last year, St Matt’s were beaten finalists after winning the championship in 2018, and Rathkeale won the grading round.

Despite their success, Wairarapa teams have often been shabbily treated in the fixtures, having to play many more games away than at home. And the late start times at the National Hockey Stadium in Wellington has led to very late nights for the players. 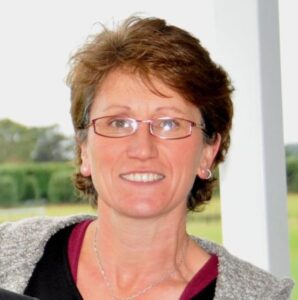 Hockey Wairarapa chief executive Kelly Govan said the decision was made after Hockey Manawatu approached them.

“The colleges looked long and hard at what was presented and then made the decision to play in their competitions,” Govan said.

“The logistics of getting to Palmerston North are so much easier than trying to get to the other side of Wellington for Friday night games, which can take a couple of hours.

The officials of Hockey Wairarapa, the colleges and Hockey Manawatu met on Monday night to work out how the competitions would work, and Govan said the Wairarapa teams would get their share of home games.

The eight-team leagues will also include teams from Whanganui and Horowhenua.

The boys will play on Wednesday nights and the girls on Thursday nights. 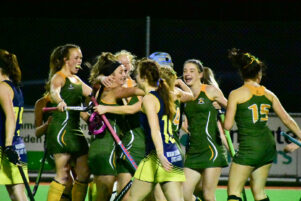 “Last year we were part of Capital Hockey, which covered Wellington, Nelson, Marlborough, Buller and us.

“But that no longer exists and there’s no reason to be involved with Wellington and it’s up to ourselves to organise our own competitions,” Govan said.

“The best Wairarapa players would play for Capital at the age-group tournaments but that no longer exists, and Wellington would miss the value of the Wairarapa teams in their competitions.”

Govan said the changes at national level would also result in the end of some age-group tournaments. 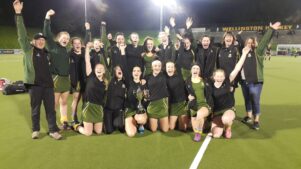 “This will be the last year of the national Under-13 and Under-15 tournaments. After that, we’ll probably play in lower North Island tournaments.

“The first time that players will play a national tournament will be at Under-18 level.”

That also opens the door to the possibility of senior men’s and women’s Wairarapa representative teams playing in national tournaments.

There could be future ramifications though for the Dalefield club, whose premier men’s and women’s teams have played with great success in the Wellington premier leagues since the mid-1990s.

The men’s team won their third premiership in five years in 2019, while the women made the play-offs last year and last won the title in 2015.

“Wellington Hockey are not happy with our secondary schools’ decision. They are disappointed, but they have given an assurance that Dalefield will be involved in their competitions this year,” Govan said.