Golden jubilee up in the air Soli Malatai on the way to bagging one his five tries against Buller in 2018 – a record for a match in the 50 years of Wai-Bush rugby. PHOTOS/FILE

When the Wairarapa-Bush Rugby Union’s 50th anniversary celebrations take place will be known early next week.

The weekend festival to commemorate the amalgamation of the Wairarapa Rugby Union and Bush Rugby Union in 1971 is scheduled to coincide with the fourth round Heartland Championship match against East Coast in two weeks.

But with the ongoing nationwide covid-19 level four lockdown, the first two rounds of the championship have been postponed, and there’s the possibility of the third round away game against Horowhenua-Kapiti also being rescheduled.

That could result in the East Coast game becoming Wai-Bush’s opening game of the championship with the strong likelihood of being played under covid-19 level two, which limits crowds to 100 people.

That would severely impact on the festivities and the union are considering alternative dates. 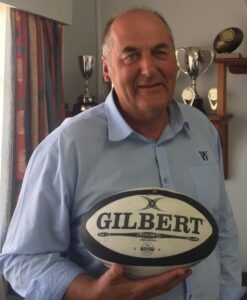 Wai-Bush chief executive officer Tony Hargood said they would decide on Monday what course the union would take.

“With so many important events including the lower grade finals and the Heartland and representative programme all about to be completed or commence, the lockdown has thrown some real spanners in the works,” Hargood said.

“There will be a 50th celebration, but when is the unknown. For it to be a success, we need to be in level one.”

A feature of the evening would be the launch of the Brian Lochore Foundation, with the auction of the 2019 special edition Wai-Bush jerseys, which were emblazoned with Lochore’s All Black number 637, to commemorate his death that year.

“It is disappointing, and we were looking on track to have a fantastic weekend.”

Hargood said there are several alternative dates, and the union were working through those.

Wai-Bush’s other home games are against Thames Valley on September 18, Mid-Canterbury on October 9, and West Coast on their rescheduled date of October 16.

The Thames Valley game would likely be too close to the original weekend for preparations to be put in place, leaving the Mid-Canterbury or West Coast games as possible alternatives.

Hargood said Wai-Bush were also looking at options for their popular and successful annual club awards.

“The good news is, we have really good people around us who have the patience and fortitude to deal with the disruption and are good at “making things happen”.

“We will get there and give the 2021 rugby season the ending it deserves.”