Giving and taking in Raro 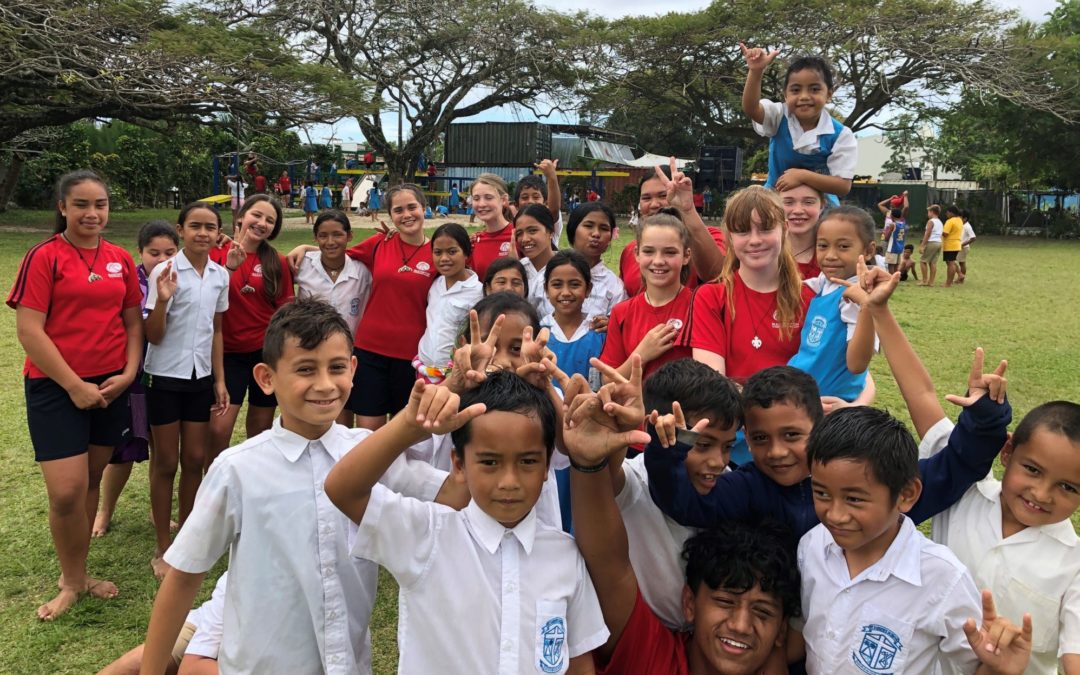 Masterton Intermediate School pupils have experienced a taste of the Pacific and learned about their heritage after returning from the Cook Islands.

A group of 32 pupils and four staff from the school’s poly club and kapa haka group went to Rarotonga at the end of last month.

MIS deputy principal Olivia Geange, who travelled with the group, said the experience had been about sharing cultures.

The group gave 22 performances during their stay ranging from singing in church to performing on the side of the street for people who had asked who they were.

“One evening we went to a performing show to watch and see how they did it, and ended up performing as well,” Geange said.

“And by doing that, word got out that there was this group on the island, and you’d go to the supermarket and people would say, you’re that group that was singing in church.”

The pupils also donated school supplies which had been collected by Paper Plus, Wairarapa College, Hadlow Preparatory School, and Masterton Intermediate School pupils to schools on the island.

“There was a lot of learning, not only about culture but also learning about the great migration and where our ancestors came from.

“We went to the new museum ‘Te Ara’ – it looks at the great migration and early colonisation on the island and how tourism is affecting the island and wildlife of the island.”

Pupils also did a beach clean-up as part of their learning.

But it wasn’t all learning or performing, the pupils also got to experience a few “touristy” activities.

“We went on the lagoon cruise, entertained by crew, lots of singing, got taken to deeper parts of lagoon where we got to swim with fish. Play volleyball on white sand.”

The trip was the first time it had been organised by the school, Geange said, but it was so successful they had decided to make it an annual event.

“It was such a huge success this year, we just wanted to try it and see how it would go.

“We want to continue it and want to look at ways we can reciprocate.

“Perhaps we could bring a student out with us when we come back and they can stay with a family here for the remainder of the year.”