From Rwanda to Masterton and back again People hold candles during a commemoration ceremony of the 1994 genocide on April 7, 2019 at Amahoro Stadium in Kigali, Rwanda. The country is commemorating the 25th anniversary of the genocide in which 800,000 Tutsis and moderate Hutus were killed over a 100-day period. PHOTO/GETTY IMAGES 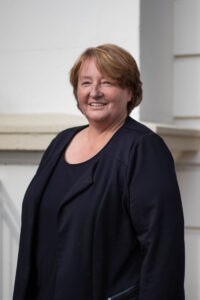 Andra Mobberley only studied law because her friends were doing it. But it’s taken her to Africa and back, GIANINA SCHWANECKE writes.

Helping prosecute those responsible for the Rwandan genocide and acting on behalf of criminal defendants in the Masterton District Court, are two sides of the same coin, barrister Andra Mobberley says.

Mobberley spent eight years prosecuting genocide, crimes against humanity and war crimes for the United Nations, but for the past 10 years she’s been based in Masterton, practising at Crown Law and then as principal solicitor for the Department of Corrections.

She now practises as a criminal defence and international lawyer but said as a student she had no aspirations to become a court lawyer.

“I went into law because my friends did. I followed what was interesting and ended up becoming a litigator.”

By the early 1990s, she was working for the Crown on Treaty of Waitangi claim settlement issues and appearing before the Waitangi Tribunal, at the time a totally new jurisdiction of law.

The Rwandan genocide was a conflict between the country’s two dominant ethnic groups, the Hutu and Tutsi.

The scale of the killings, speed of the slaughter and number of atrocities committed left the international community reeling.

After the genocide, the UN began searching for people to help with the establishment of a new jurisdiction through the International Criminal Tribunal for Rwanda.

The UN was looking for people who understood inquiry processes, which are similar to civil law jurisdictions, and who had experience working in hearings with different languages.

“It was a completely new jurisdiction which combined a mix of civil code and common law procedures, rules of evidence, and legal concepts.

The tribunal was also the first instance where genocide had been incorporated into statute to be tried and prosecuted as a crime. It obtained the first ever conviction for genocide.

Though Mobberley had all the necessary qualifications and experiences, arriving in post-genocide Kigali – Rwanda’s capital – was a shock to the system. 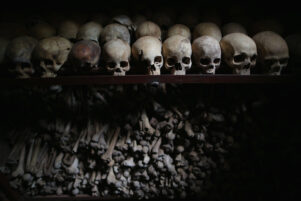 Metal racks hold the bones of thousands of genocide victims inside one of the crypts at the Nyamata Catholic Church memorial. The memorial’s crypts contain the remains of over 45,000 genocide victims, the majority of them Tutsi, including those who were massacred inside the church itself. PHOTO/GETTY IMAGES

“It was still war-torn; it was still a cemetery. The whole country was a gravesite. I had colleagues who literally had skeletons stacked up in their garage.”

Working with surviving victims of extreme violence and unimaginable trauma, many of whom were illiterate, was also challenging.

“During the genocide some of the victims would buy [their own] bullets to be shot with, so that death was instant. The alternative was being hacked to death with a machete.”

The Rwanda she describes then is difficult to reconcile with the Rwanda of today, 25 years after the genocide.

Going back in 2009, Mobberley was struck by how far the country had come, largely owing to huge investment from China and other donor nations.

“Rwanda is undergoing an enormous economic revolution. They’re nearly back to where they were in the 1970s.”

Their economy is now one of the fastest-growing on the continent.

Rwanda has also made great strides in education and gender inequality, with the highest representation of women in government in the world.

Mobberley’s time in Rwanda reminded her though, that it’s only a short step from the peace to genocide when the rule of law is ignored.

Her work as a criminal defence lawyer in the Masterton District Court may seem a world away from her work in Rwanda, but there are similarities.

“It’s essentially two sides of the same coin,” she said.

“What was different about Rwanda was the scale of the killings. It was much larger, and it was brutal.

“But the principles of justice are the same.”

Many of the issues underpinning her work overseas are the same in New Zealand – poverty, mental illness, substance abuse and overburdened legal systems.

“Ultimately, the questions for victims in Rwanda are the same as for those in New Zealand. Can we feed our children? Can we clothe them and keep them warm? Can we keep them safe?

“Those are universal questions.”

Mobberley also says there are similarities between the traumas of the Rwanda genocide and the historic grievances of Maori being heard in the Waitangi Tribunal.

For example, both cultures share a tradition of oral culture and history.

She sees a need for a different approach to dealing with criminal justice issues in New Zealand, with different systems in place to help address intergenerational traumas.

“We deal with crime as a culpability issue and often the reasons for the offending are a health issue.”

It’s this idea which has just had her return from a trip to Kenya where she was working with a judge who had created a drug rehabilitation hospital where offenders could be treated, instead of being sent to prison.

Mobberley continues to help train expert witnesses and prosecutors for other UN tribunals, and conducts online meetings and interviews from her home in Masterton, travelling overseas when she needs to.

She says that studying and practising law is a hard road, though one which she has found rewarding.

“I’m lucky, though, because I’ve managed to create a career in an area which is entirely about human interest.”