Could there be a new name on South Wairarapa road signs?

A radical idea for a new town in the district could be a solution to existing housing demands and population growth in the greater Wellington region, Mayor Alex Beijen says. Central government projections of population see the district growing by more than 3000 people in the next 25 years.

That is the equivalent to one of the district’s main centres, Featherston, Greytown, and Martinborough.

Beijen said the concept had been raised, along with other growth options, in response to a central government request for a regional growth plan for the next 30 years.

“If we assume the current comfort level of our communities being around the 3000-3500 residents, and we require planning for an additional 3000 people, then a new town somewhere in the South Wairarapa may be a logical solution,” he said. 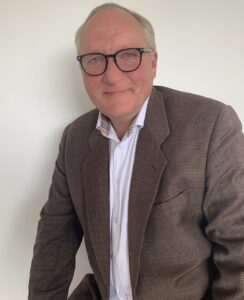 “This, and other options, will be discussed by council officers and councillors for inclusion into spatial plans and for consultation with the public.”

Communities in Canterbury and greater Auckland have reacted to population growth with proposals for new towns.

Pegasus, north of Christchurch, was established in the last 15 years to accommodate growth in the South Island’s largest city.

Development was slowed by the 2008 financial crisis and the Canterbury earthquakes, but it now boasts close to 1000 homes and a population around 2500.

The south Auckland town of Drury may face huge expansion in the coming months.
It is to be home to a business park, Drury South Crossing, employing close to 7000 people.

The concept is not new to New Zealand. Settlements such as Turangi and Mangakino in Waikato, and Twizel in Canterbury, had been set up as population centres.

Those examples were set up, initially, to house workers and their families.

Beijen said South Wairarapa may have an opportunity to be home to the next one. But other locals thought expanding the existing towns was a more realistic option.

“Yes, some infrastructure has got behind over the years, but the councils are actively working on it,” he said.
“All three of them, whether that’s water storage, supplies or sewers.

“There’s definitely room for expansion in the area. Things have really taken off in the last six or seven years and the population has really grown.

“It’s caught up with infrastructure, but I really believe the councils are aware of it and addressing it.”

Former South Wairarapa Mayor Adrienne Staples said the idea had been proposed before. 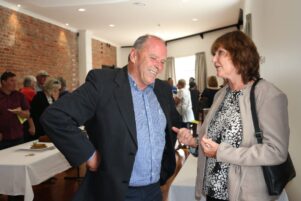 She said, in her opinion, it was more important to add to the existing town infrastructure than create a fourth town.

“When you build another town, you’ve got to put in all the infrastructure, including transport.

“It would seem more logical at this stage to consider expanding existing towns, rather than new ones. That would be my thought.”

She said South Wairarapa struggled already because it had three sets of municipal assets, such as wastewater systems, water supplies, cemeteries and libraries, for a current population of 10,000.

“In my opinion, why would you want to build a whole new set of everything, why wouldn’t you look at rezoning land around what you already have?”

Initial consultation on South Wairarapa District Council’s spatial plan consultation closed late in 2019, with a review due later in 2020.