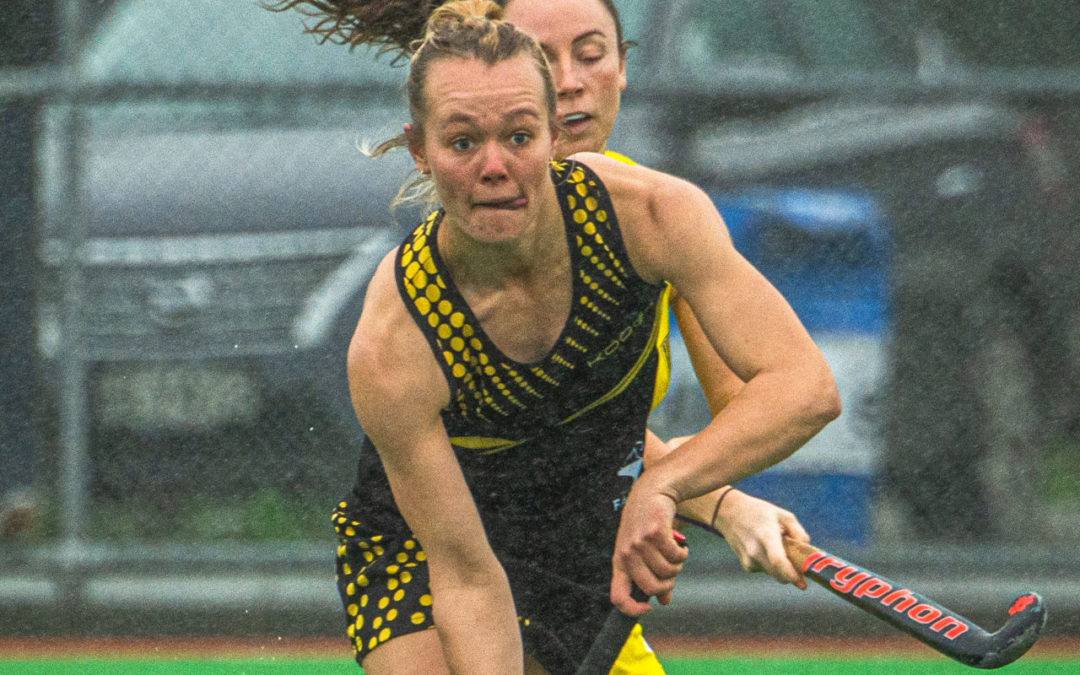 Dalefield have a three-point lead in the championship race after their hard fought 3-0 win over the defending champions at the National Hockey Stadium.

Brigitte Mossman opened the scoring in the first quarter, followed by a goal to Morgan Percy in the second quarter, while Felicity Reidy added the third goal in the final period.

Coach Michael O’Connor said it was a deserved win.

“The girls stuck to their game plan, had plenty of discipline and worked tirelessly the whole game,” he said.

“It was good to have that real hard game and the girls are pretty happy with themselves too.”

O’Connor said it wasn’t all one-way though and Harbour City threatened but became increasingly frustrated and began arguing among themselves.

“Harbour City had plenty of opportunities. They got in our circle a bit, but our defence was pretty fearless, diving for everything and stopping everything.

“It was bloody good, and the strikers took their opportunities the best they could. It was a good all-round effort,” O’Connor said.

Two goals in the final five minutes gave Dalefield an unconvincing 2-0 win over Harbour City at the National Hockey Stadium.

The defending champions had thrashed their opponents 9-0 in the first round, but this game was in complete contrast.

Dalefield struggled to get any fluency in their game and co-manager Bernie Lett said it was “really quite disappointing”.

“We didn’t start well, and we never got going in the first half, and we always seemed to be a step behind the opposition,” he said.

“We were probably lucky not to have conceded goals, and goalkeeper John Forsyth deserves a mention.

“He came off [police] night shift and only had 1½ hours sleep, and he made some crucial saves.”

A few stern words at halftime from player-coach Dane Lett had the desired effect and Dalefield dominated the second half, however, they still couldn’t convert with several opportunities from penalty corners missed.

The competition leaders finally broke through with five minutes left, with Graeme Murrell scoring from a PC.

Jordan Cohen sealed the victory with a field goal with two minutes to play.