The winners were announced by video on YouTube on Wednesday night in lieu of the usual awards ceremony which was put off due to earlier covid-19 restrictions and uncertainty.

Run as an equity partnership with six shareholders, the operation is driven by Aidan Bichan, Neville Fisher, and Vern Brasell.

The judges praised the operation for its good environmental stewardship and described the enthusiastic team as “fantastic ambassadors for the industry” in relation to climate change.

It was an excellent example of how sustainability could be managed in all areas of the operation – from financial, environmental, and social responsibility, to great staff management practices. 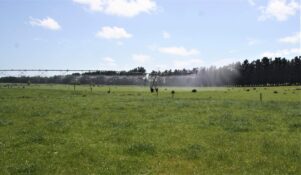 The team is working towards and close to achieving their target of using less than half the industry standard which is 70 litres of clean water per dairy cow per day.

Kaiwaiwai Dairies was also commended for its efficient water usage, which was well below the industry level.

This was partly credited to a comprehensive irrigation system and close monitoring of water through flow meters.

The team is working towards and close to achieving its target of using less than half the industry standard, which is 70 litres of clean water per dairy cow per day.

They actively plant native trees, including regenerating a kahikatea stand and planting along the banks of a wetland development project.

Other environmental projects include testing fish passages and flow controls and pest management.

The team is also focused on improving energy efficiency, reducing stock drug use, and improving the quality of water leaving the farm.

The judges said those involved in the farming business brought an incredibly varied complement of skills and made a generous contribution to the wider community.

“All members of the business contribute to this thorough and high-performing dairy farm. They are industry leaders in adopting sustainable management practices.

“Management of the business and environment is well-thought-out and shared with peers and the wider community.

“They’re exceedingly generous in their involvement with the community – from farm discussion groups to central government.”

The team entered the awards as they were keen to champion farming and connect with others across different sectors and communities.

Bichan earlier told the Times-Age it was a great competition and the entry process had been a useful farm planning tool.

“This is a real celebration of the rural industry, but the real value is in the process of entering.” 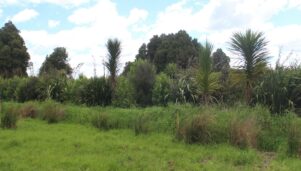 The team were praised for their environmental stewardship which included regenerating a kahikatea stand and planting along the banks of a wetland development project.

Several other prominent Wairarapa farms were also recognised for their environmental efforts.

Having run the property as a traditional sheep and beef farm, in 2015 they shifted to focus on producing sheep milk products – a move which has clearly paid off.

They were also awarded the QEII award for the 390-hectares of native bush and numerous QEII National Trust covenants featured on the farm.

Wetlands on Motu-Nui are fenced off, up to 200 poplar and willow poles are planted annually, and most paddocks have shelterbelts.

Wairarapa Federated Farmers president William Beetham, of Beetham Pastural, was awarded the Norwood Agri-Business Management award in recognition of his involvement in his 163-year-old family sheep and beef business operating across three farms in the wider Wellington region.

Kaiwaiwai Dairies will go on to compete with other Regional Supreme Winners from across 11 regions for the national title and a tilt at the Gordon Stephenson Trophy.

The winner of this award will be announced at a later date.