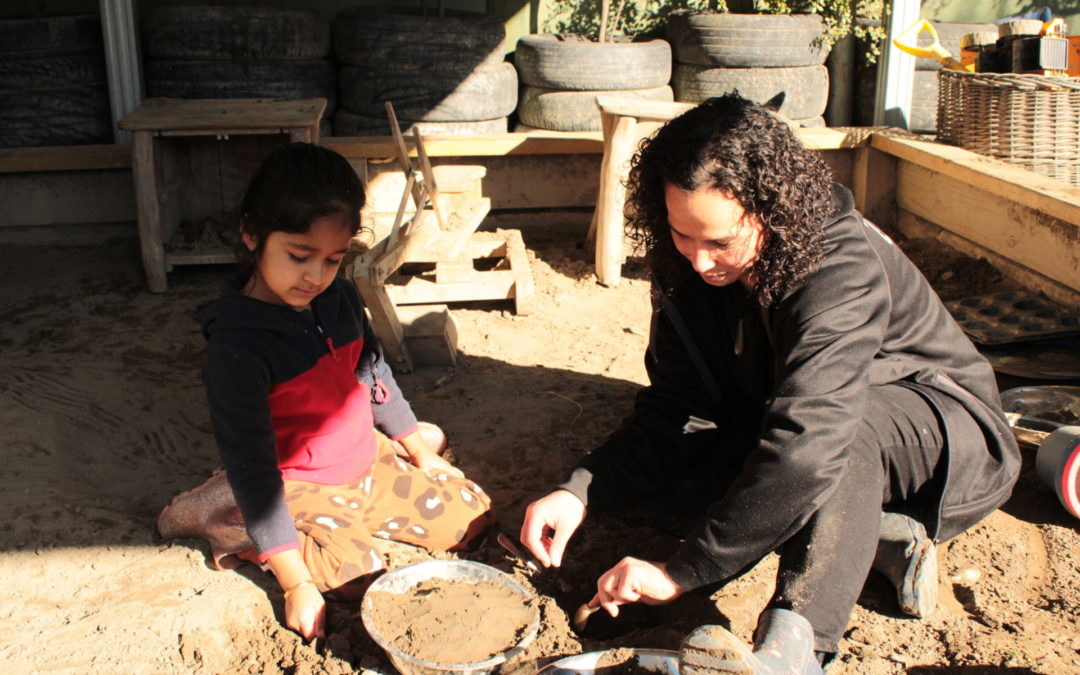 A Masterton early childhood teacher brings her knowledge to the table in research to understand the Maori worldview on raising children.

“I came on board because my PhD research is quite in line with this research, so it works well together,” Cruse said.

She said science was now proving much of the traditional knowledge Maori had long known about the development of young children.

“There’s all this practical knowledge, but also helpful knowledge about things like song, talking, and holding babies close – all these things that our whanau have always practised. When we look at research around brain development and neuroscience, it’s all the things that help to grow healthy brains.”

Cruse and her fellow researchers would hold three wananga [conferences] in each of three locations: Wairarapa, Tauranga, and Waikato.

Through the wananga, they aimed to collect the knowledge of kaumatua [elders] and other people within marae about traditional practices in the early stages of a child’s life.

One such practice was an oriori – a chant created for babies before they were born, sung to them at their time of birth and throughout their lives.

Grandparents would often create these oriori for their grandchildren and sang about the characteristics and strengths they thought the child would have, based on their whakapapa [genealogy].

Cruse said the practice had been common in Wairarapa, but, along with much Maori culture, it had almost disappeared.

“Going forward, how can we capture that knowledge and then weave it into society today? Or how can we reclaim it and start practising it again?”

Lead researcher Mere Berryman, a professor at Waikato University, had decided to undertake the research after hearing teachers make comments she disagreed with.

“A common comment made by Maori and Pakeha alike is that there are too many five-year-olds coming to school who know nothing,” Berryman said.

“The problem with that conversation is that we know our babies come to school with something, but it doesn’t match the expectation of some teachers.

Berryman said the solution was for teachers to recognise the ‘cultural toolkits’ that children brought with them into the classroom, rather than prescribing the knowledge they should have.

Her research aimed to uncover what these cultural toolkits contained.

“My contention was that if we could talk to whanau members and kaumatua about what they believe, thinking back, their experiences were from conception, birth, the early years, then what as a nation could we learn from those understandings. If they are different, then what is the difference, and how do they add value into the education system for our children?”

The researchers chose familiar locations to hold their wananga.

Cruse was the Wairarapa connection, while Berryman and Rameka were based in Tauranga. Fellow researcher Karaitiana Tamatea was from Turangawaewae Marae in Waikato.

“You’re talking about things like raising babies, pre-conception through the pregnancy and birth – those can be really personal stories,” Cruse said. “It’s essential to have relationships with your community when you’re asking them such questions.”

Berryman said that in the last 10 years, Cruse had built up relationships in Wairarapa that would place her in good stead to uncover the stories of local kaumatua and whanau.

“They respect her so much, and they respect the work she is doing,” Berryman said. “We believe we’re very privileged to have her as one of our researchers.”