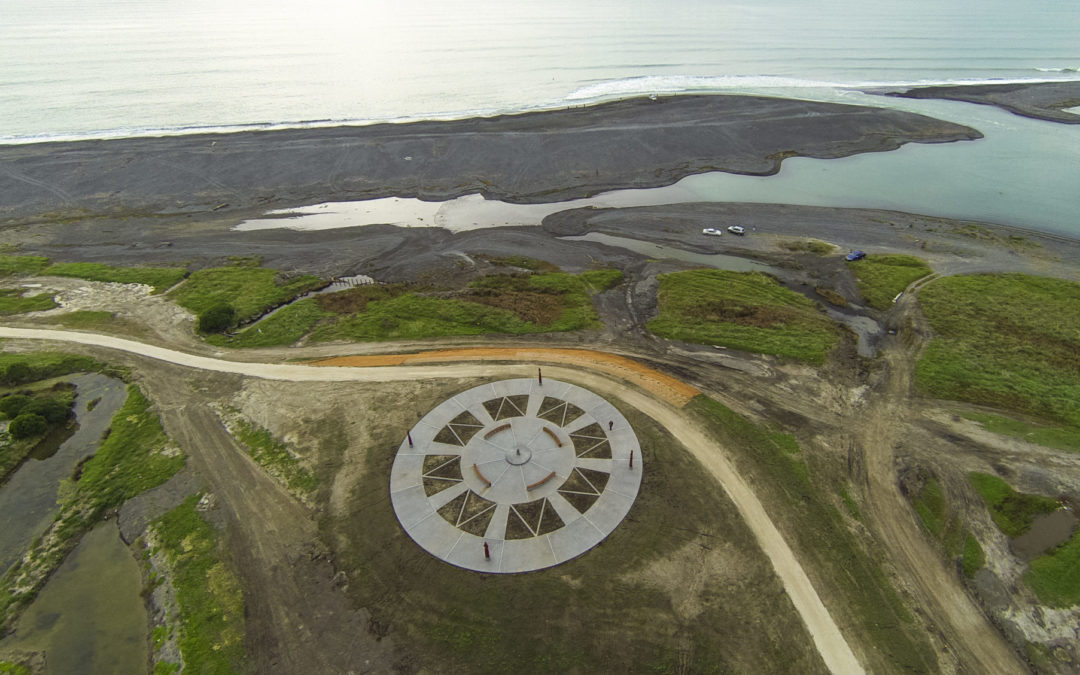 A star compass is the next bright idea sparked by the Martinborough Dark Sky Reserve proposal.

Reuben Raihania Tipoki, of Lake Onoke, is behind the idea proposed for coastal South Wairarapa.

The specific location is yet to be confirmed.

“We’re still in the envisioning stages of this but we have support from various individuals and hapu.”

Mr Tipoki said star compasses were a key part of celestial navigation, and taught people how to live closer to nature.

“We operate under a western calendar that isn’t really in tune with the celestial bodies, our ancestors, and indigenous people, whose acts of the day were dictated by the movements of the night sky.

“We used to be incredibly in tune with Te Marama, or the moon. She would indicate to us what each day of her cycle could produce.”

There are currently three star compasses in Aotearoa, but the one proposed for South Wairarapa would have a point of difference.

“In New Zealand, none of them are in Dark Sky Reserves so this will be special in that regard.”

The proposed Martinborough Dark Sky Reserve, if certified, will encompass the area between Martinborough and Honeycomb Rock, south to Cape Palliser, and back up again to Lake Onoke.

“But we’d like this one to be more holistic, supporting us on how we live — when to plant, when to harvest, when to pick certain berries.

“There’s so many different environmental indicators that let you know when the right time is to do things.

“For example, when the kowhai tree blooms is when the kina at sea are fat.

“When you hear the pipiwharauroa (shining cuckoos), you know it’s time to prepare your garden for planting.

“We want to know more about how the stars can inform us on what we could be doing with the land.”

Mr Tipoki said the compass could be used for educational purposes and would be another visitor drawcard for the region.

“It will be in the perfect location at the bottom of the North Island to look south, which is where a lot of the exciting stuff in the sky happens.

“And that will bring in the whole cultural element and help people understand how they used to navigate with the stars and how people used to plant food based on the cycles of the moon.

“That whole cultural history will be a big draw for locals and tourists alike.”