Tavich is an Oceania A licence coach and is the assistant coach for Tasman United in the National League.

Tasman are sixth in the 10-team league, just two points outside the top four playoffs.

He had previously coached Tasman to sixth place in the 2017-18 National League with a six win, five draw, seven loss record. 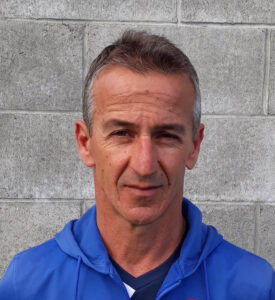 Tavich, who hails from Split on Croatia’s Dalmatian Coast has called New Zealand home for 30 years.

After arriving in Auckland as a 22-year-old, Tavich played club football for several years. His first coaching role was with the Glenfield club on the North Shore.

He later went on to work with the Nelson Football Academy and coached the Nelson Marlborough Falcons to the final of the National Youth League in just their second season.

In their Facebook post announcing Tavich’s appointment, Wairarapa United said “Davor is passionate about working with committed players to achieve some great results and we are excited to have him on board.”

Tavich is likely to face a tough challenge to rebuild a team that failed to win a game in the 2019 Central League and only just avoided relegation to the Capital Premier League.

The loss of Chettleburgh and Lindsay, the possibility of Daniel Allen missing part of the season due to knee surgery and the doubt surrounding the playing future of Wellington Phoenix legend Paul Ifill, with ongoing concussion symptoms suffered in the second round loss to Napier City Rovers, would leave the team with a severe lack of experience.

There is, however, a strong connection between Wairarapa United and Tasman United, which could have some players cross the Cook Strait to play in the Central League.

Ifill also played for Tasman United from 2016 to 2018 and runs a branch of the Paul Ifill Football Academy in Nelson.

While Ifill’s playing future maybe in doubt, he will again coach the Wairarapa United women’s team in the W-League. The team has finished second to Wellington United Diamonds for the past two seasons.

Tavich will arrive in Masterton for the start of pre-season trials and training on February 13.