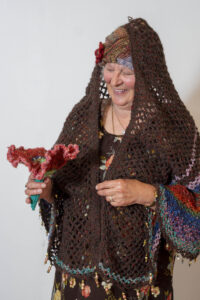 A Wellington artist exhibiting at Aratoi wanted Wairarapa people to feel connected to his exhibition, so he invited them to take part.

Richard Reddaway approached various community groups in Masterton and asked them to create a piece of art that would make up the You and I section of his exhibition, The body of the work / it does no harm to wonder.

But it couldn’t just be any work of art.

Richard, a senior art lecturer at Massey University, set rules the crafters had to abide by, including making their artworks utilising skills and knowledge they already possessed.

Their artworks also had to be abstract and interact with their bodies, but could “not be functional, apart from the function art has”. 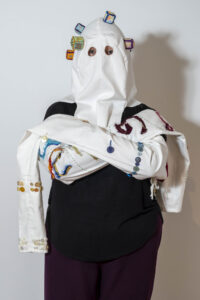 The collaboration took part with members of the Wairarapa Embroiderers Guild, Henley Men’s Shed, and the Wairarapa Spinners and Weavers Guild.

Richard said he used rules when making art and he thought it might be useful for the crafters “to have something to hang on to” while creating pieces outside their “craft comfort zone”.

“It became clear as we progressed that the rules were my contribution to the collaboration.

“If I had simply invited the crafters to make something for the exhibition, the resulting objects would just be their artworks.

“Making things to my rules made those objects our artworks.”

Richard’s exhibition surveys his work from the 1980s to his current practice, exploring enduring themes and tracking them in relation to the socio-political contexts in which they were made. 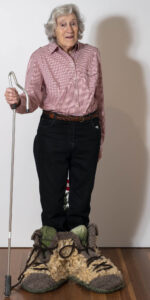 It is the artist’s first survey exhibition and includes sculpture from the mid-1980s, photomontages from the 1990s, and recent sculptural objects as well as the new collaborative work, which also includes a collaboration with Douglas Park School pupils.

Richard said the inspiration behind the community involvement that resulted in You and I came from the exhibition’s curator, Janita Craw.

“[She said] I couldn’t just drop a load of my work on Masterton and expect people to be interested – we had to make a connection to the place and its people – and that made a lot of sense to me.”

“As the artist, I say something through my artwork and I always hope people respond. So, the idea of broadening the conversation to include more people was very appealing.”

Richard said while collaborations were never easy when it came to creating art, he had learnt a lot through the process.

The crafters and their finished artworks exceeded his expectations, he said. 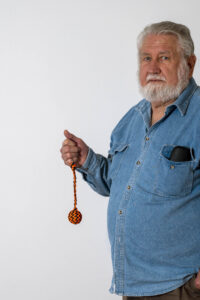 “They made work more beautiful than I could have imagined.

“Of course, I like some things more than others, and I think some work better with regards to the rules than others, but one thing I learnt about working with the crafters was that the activity of making is as important as what is made.

“This artwork, You and I, like the crafter groups themselves, was about getting together and sharing experiences, stories, and then expressing them through the objects we made together. It is aroha.” 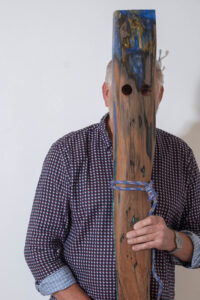 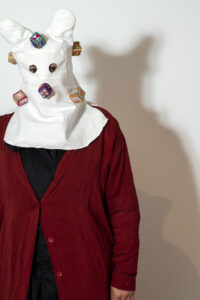 A work by the Abandoned Embroidery Guild. 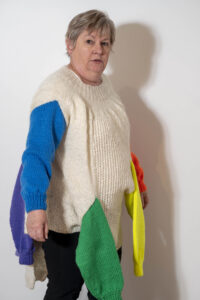 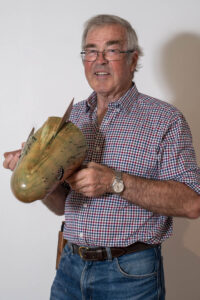 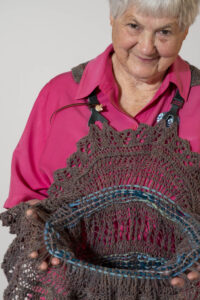