BUDGET 2022: Dollars in the pocket but what does it mean for Wairarapa?

Court > BUDGET 2022: Dollars in the pocket but what does it mean for Wairarapa?

Budget 2022 is the talk of the towns, but what does it mean for people in Wairarapa? The Times-Age puts the money under the microscope. The Opposition has called it the “Backwards Budget”, the “Brain Drain Budget”, and the “Big Blowout Budget”. With about $6 billion... read more A woman fled the scene after a serious crash on Good Friday. PHOTO/MARY ARGUE MARY ARGUE mary.argue@age.co.nz The woman arrested after a head-on crash in Featherston on Good Friday had previous driving convictions and was facing a raft of charges at the time of the... read more The former employees said “at least a dozen staff” had left since 2011, and the loss had far-reaching consequences for those entangled in the justice system. PHOTO/STOCK.ADOBE.COM Former employees blow the whistle on the ministry ‘It felt like bullying’ Former... read more The house that drugs bought

Court > The house that drugs bought

PHOTO/STOCK.ADOBE.COM Cannabis grower goes back to jail JUDGE: The offending is just so serious that the only true end marker of it must be a sentence of imprisonment. A Featherston man who ran a commercial cannabis operation so vast he was able to pay off a mortgage... read more 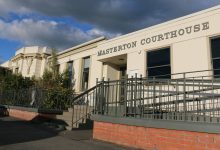 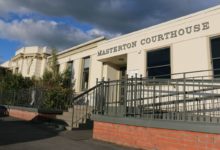 PHOTO/FILE Methamphetamine and converted firearms were seized, and five men were arrested during a police raid in Masterton on Wednesday night. Police searched a Colombo Rd property at about 7.30pm, where they found five men breaching covid-19 lockdown restrictions... read more Nine years in prison for 82-year-old

Victims thanks for courage in court GRAPHIC/STOCK.ADOBE.COM For the victims of an elderly Masterton sex offender, justice has been “a long time coming”. Mitchel Hemi, better known as Diesel or D, appeared in the Wellington District Court for sentencing in front of... read more
Next Page »