The meeting was held at Waiata House in Masterton. PHOTOS/FILE

Masterton District Council heard a Maori ward was desperately needed in Wairarapa, during a public forum at the latest council meeting on Wednesday afternoon. 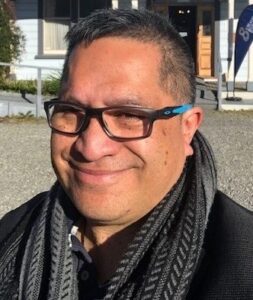 Ron Karaitiana, who ran for Masterton District Council in 2019, told councillors while there was some Maori representation in local government, there was not enough.

“What we want to do is make that even more pronounced and be really unapologetic that Maori must have and deserve a place with you.

“Not on top of you, not under you, but beside you.”

The aim was for Maori to have an equal voice in Wairarapa, he said.

“Having the Maori ward is giving us the ability to have the conversations when they appear.

“At Akura, for example, is a land parcel that’s being returned to local iwi.

“That local iwi is me. I haven’t had the conversation yet, although the council has made direction to come see me at the Akura Trust, but we haven’t come to that formalised arrangement on that parcel of land, which is a sliver of the road surface compared to Akura Maori.

“In terms of my whakapapa and our land ownership, it can be the difference between having an exit on our urupa, which is on Kibblewhite Rd, or none. So, these kind of things are really important for us to stand on.”

Karaitiana also gave an example of what could happen when Maori were not given an equal voice.

“October 12, 2017, was the date that we went back to Parliament and we returned all of the assets and land to Maori, to Rangitane o Wairarapa, Tamaki nui a Rua,” he said.

“Maori Rangitane o Wairarapa and Tamaki nui a Rua were not on the electoral rolls since 1920.

“There was a decision made at some point by a council working like this to go with the large predominant Maori, which was Kahungungu at the time.

“2020 was the first time that Rangitane o Wairarapa and Rangitane o Tamaki nui a Rua of Dannervirke were on the electoral rolls. We’ve lost our identity, we’ve lost our mana tipuna in terms of our reo.”

“For us, it’s something that we need to hear.”

She asked whether Rangitane o Wairarapa and Kahungungu had discussed the issue together.

“We have to consult with both Rangitane and Kahungungu on this issue,” Nixon said.

“Have Rangitane and Kahungungu talked together yet around commonalities on how we should approach this?”

“You have to have the vote of everyone within your hapu,” he said.

“I’m sure that Kahungungu have discussed this, but the question is what is of priority to Kahungungu and Rangitane.

“First of all, was returning the assets back to them of $39 million for Rangitane and a hundred and something million for Kahungungu.

“The second part is around developing an understanding of the resources they haven’t had.

“I think that they need to have a conversation together with iwi in terms of their priorities … the council always dumps something in the east Wairarapa, in the east Masterton, as a way of representing its poorest without saying they have.

“We talk about east side projects – we need to say we have a Masterton project for all of our people to have access to everything.”

Aileen Haeata, who initiated the discussion at the council meeting, also spoke in the public forum.