New estimates place the cost of Masterton District Council’s civic facility at potentially more than $70 million, a councillor has confirmed. 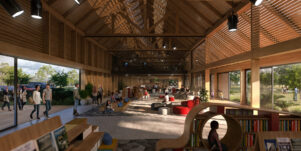 Discussions on the future of the project, which was previously costed at $30.8m, are set to happen at a full council meeting next week.

The cost “implosion” was signalled in a press release by the Masterton Action Group [MAG], a vocal opponent of the council’s plans to build a new multipurpose civic centre at a northern Masterton site.

The group endorsed a plan by commercial developer David Borman to build a multipurpose hall and events space at the existing town hall site and to extend the library at its present site, all on a budget of “less than $20m”.

“The true cost of the proposed new Masterton civic centre is now approaching $60 million and is expected to be halted,” MAG said.

“We’d love to know how much expenditure the steering committee has authorised while knowing the total project estimate was approaching twice the ‘public’ figure,” MAG chair Hewitt Harrison said.

Masterton District Council said on Monday the council had spent $347,055 on the civic facility project since July 2020.

“However, over the past 12 months, we have seen a substantial increase in building costs.

“This increase has effectively doubled building costs across the sector.

“The final figure for the civic facility will depend on what is included in the scope.”

Masterton District Council did not confirm the potential costs.

However, the civic facility project committee chairwoman, councillor Tina Nixon, said costs had “exceeded some people’s assumptions to the point it could be over $70m”.

Last month, Nixon raised the issue of inflation and how it could affect the project.

On Monday, she said the new estimates did not come as a surprise, and that other organisations around New Zealand had been forced to rethink building proposals because of ballooning costs.

“Some top-line figures [for the project] would mean we could possibly breach our debt limits,” she said.

“But we have a vision, and we need to find a way to give this town the best facilities we can afford. Frankly, that’s beyond the capability of the current councillors, hence my support for an independent group to take an apolitical look at the ‘Art of the Possible’.

“Any proposal has to be considered at this point.

“The council needs to be brave about letting go to ensure the success of this project in the future.”

Nixon was also supportive of an independent review of the project to ensure the incoming council – to be elected in October – would be informed and able to make good decisions.

She stressed that no decisions had been made on the project and that further discussions would take place at a council meeting on May 18.

Discussions would include considering potential impacts on agreed timeframes and a budget for the civic facility project, given the extensive scope of the brief provided.

In their press release, MAG chairman Hewitt Harrison said the group expected Nixon to “tell ratepayers that MAG has a town hall alternative that needs to be considered”.

The group also said they were convinced the council was “about to call a halt to any further expenditure until after October’s elections” and anticipated “some political manoeuvring” from Nixon.

In response to this, Nixon said she was “willing to do the best for the town”.

She said she did not have a problem with the town hall site being revisited, “as long as it is a multipurpose facility”.

MAG had organised a public presentation in the Wairarapa College hall on May 26.

Harrison said the presentation would “dispel some mischief and acknowledge a demand from the community to view ‘the Borman proposal’ as promoted by MAG”.

“Some of the common sense of MAG’s concept for the municipal building and separate town hall has been purposely muddied,” Harrison said.

“David [Borman] will speak and explain how less than $20m gets us what we all want, including an expanded library building.” — NZLDR