Churches to be sold After many months of deliberation, the fate of five Wairarapa church buildings owned by the Catholic Church has been decided, with three set to be sold. 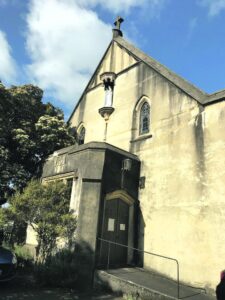 Cardinal John Dew announced in June that only Featherston’s St Teresa of Avila and Masterton’s St Patrick’s Church would be kept, with Martinborough, Greytown, and Carterton churches to be closed and the properties sold.

The Featherston building needed maintenance but funds for this work were expected to come from church sales.

“Retaining the Featherston church provides a church at each end of the parish,” Dew said.

“The Catholic school is opposite the church and having the church nearby supports the school, a benefit which the Greytown church does not provide.”

Reasons given for the decision to sell were the church not having enough priests to go around, high maintenance costs, declining congregations, and the directive from Pope Francis to focus more on missionary work.

At the time of the proposed closures, the Wairarapa Parish Pastoral Council response to a reduction in parishes was “no”.

It lobbied to retain all five churches with a call for leadership on how to achieve this.

The submission said there were examples of where one priest had served five to six parishes.

“Closing the outlier churches of the parish would make the problem worse,” the submission said.

The Wairarapa Parish Pastoral Council acknowledged the finances were bad but said with, “transparency, restoration of trust, and certainty, regular giving will increase”.

However, the Wairarapa finance committee suggested that only St Patrick’s and Sacred Heart in Greytown should be strengthened and retained for the Catholic community.
But Sacred Heart is to go on the market. 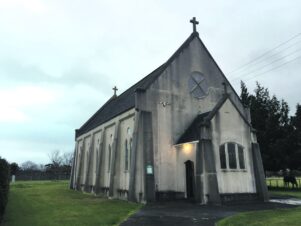 Earthquake-prone St Mary’s in Carterton and St Anthony’s in Martinborough were shut in 2018 as they were at 20 per cent of the New Building Standard and need to be up to 35 per cent by next year.

The Carterton church hall was also to be sold but the church was open to building a smaller multipurpose building closer to St Mary’s School for school use.

But the Martinborough parish has the opportunity to put a case forward to keep its hall if it can be repurposed, “as a centre for mission, in which case the property is to be subdivided and the surplus land to be sold”. But some members of the church have expressed disappointment with the decision.

Te Ore Ore church land is to be returned to the marae.

The Lansdowne hall and land are to be sold and Moore House would be relocated or demolished.

The ownership of St Joseph’s Catholic Church in Riversdale is to be researched and its future discussed with ecumenical partners with a view to selling it.

Dew closed his letter to Father Bruce England with the announcement reminding the Wairarapa parish that there will be further difficulties for the Catholic community.

“Building the whole parish community will need people to support one another, and to look to the good in the whole of the parish,” he said.