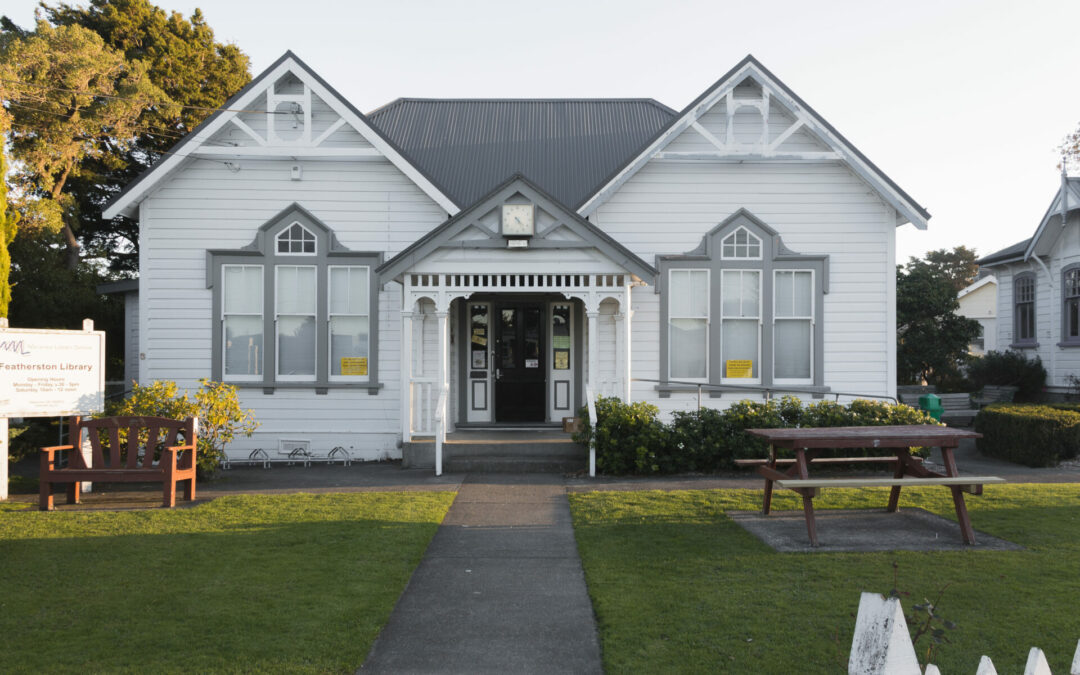 A Featherston Community Board member has responded to allegations that she was involved in an anti-mandate protest at Featherston Library on Friday afternoon.

Deputy chair of the Featherston Community Board [FCB] Claire Bleakley said that although she was at the library on Friday, the incident was an “action” rather than a “protest”.

Bleakley said she had video footage of the incident showing that the interaction with library staff only took four and a half minutes.

She said a small group had asked her to take video footage of them attempting to have their rates deducted. The group was unable to use the library because they did not have vaccine passes.

“That was the protest, if you want to call it that.”

She said she could not share the video footage because she was waiting for the police to contact the group.

She said South Wairarapa District Council [SWDC] had overreacted to the incident.

On Friday, SWDC put out a statement saying that a protest had closed the library:

“Featherston library is closed and will be for the remainder of the day following an incident where staff were abused by a group of protesters opposed to vaccine passes. Staff are shaken and upset by the ugliness of the incident. This matter has been reported to police.” 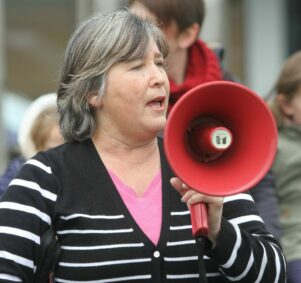 FCB deputy chair Claire Bleakley at a Trans-Pacific Partnership protest in Featherston in 2015.

Bleakley denied allegations that the group abused library staff or called them “Nazis”.

“They went in, they were very polite, they made their statement, and then they walked out,” she said.

“What we need to find out is who it was that swore at the librarians, who called them Nazis, who did all that.”

Bleakley said she had asked the council whether the library could open up at specific times throughout the week for unvaccinated people.

She said the council had not been open to the idea.

“Council came back, saying, ‘It’s not our fault if you don’t want to use the library’.”

FCB chair Mark Shepherd said Bleakley had assured him that any involvement on her part was done as a ratepayer and not on behalf of the community board.

“This is a very small community. People wear a lot of hats around here,” Shepherd said.

“I’ve got no problem with everybody having their own views and expressing those views. It doesn’t mean to say I agree with them.”

Shepherd said he had received an email from SWDC chief executive officer Harry Wilson which described the incident at the library.

However, he said that the council had not spoken with those involved before making a public statement.

“The social media that was put on by the council – before they even spoke to Claire [Bleakley] about it – to me was both misleading and could be quite damaging for things to move on.”

Shepherd said he would be happy to discuss the incident with the council.

A police spokesperson said they did not anticipate any charges would be laid in relation to the incident.

“Library staff were provided advice on how to trespass the protesters should they return.”

They said the police did not have the video footage of the incident.

Public Libraries of New Zealand executive director Hilary Beaton said that although public libraries upheld people’s rights to their opinions, people were not entitled to upset and abuse library staff.