Bare earth to get makeover Then: Masterton’s annual flower beds of the past. PHOTO/FILE

‘Pops of colour’ on the way, but with a difference

Flowers are returning to traffic islands at Masterton’s northern entrance – but not as you knew them.

After a summer of discontent as some residents bemoaned the lack of traditional pansies in the traffic islands at the north end of town, Masterton District Council on Thursday announced the end to bare beds with “fresh and modern” garden bed designs to be planted later this month. Now: The bare earth which annoyed many residents over summer. PHOTO/FILE

Instead of flowers, the council will use the likes of flowering plants libertia, hebe, and verbena in summer, and red flax in winter, to create “pops of colour” by the northern roundabout, the Opaki Rd pedestrian crossing, and leading into the Te Ore Ore road turn-off.

In November, the council opted not to plant the traditional bedding plants amid forecasts for a hot, dry summer and limitations on watering.

That caused considerable controversy and threats of phantom plantings. But MDC chief executive Kath Ross said staff had come up with an alternative to bedding plants that was drought-resistant and she believes should meet community expectations.

“There was significant conversation about the bare garden beds all through summer,” Ross said.

“We’ve taken the time required to develop a planting approach that works with our focus on water conservation while also delivering on the community’s expectation of an engaging visual display.

“I would like to personally thank everyone for their patience. It has taken longer than we hoped but the good news is we saved almost 100,000 litres of water as a result – eight years worth of showers for one person.” 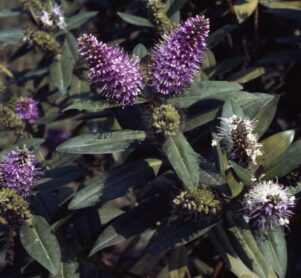 The arrangement of the plants “will simulate eddies, reflecting the Waipoua River”, the council said.

As with the previous annual bedding display the plantings will start to take on more colour in spring, it said.

“While we have the opportunity to change the garden, we will be removing the previous bedding-plant specific irrigation system,” Ross said.

“We will be replacing it with a dripline system that is fit-for-purpose for this type of planting and in line with our water conservation focus.”