Atkinson in running for two awards A strong field of finalists have been named ahead of the upcoming Wairarapa Maori Sports Awards.

The awards – hosted by Whaiora – will take place at Copthorne Resort Solway Park on November 28.

Ian McRae played for the Wellington Under-12 baseball team at the Gold Coast Classic and the Pony International in Japan.

Wairangi Sargent is the New Zealand wrestling champion for his age and weight.

Aurora Manaia Cockburn Carswell had an outstanding year in swimming, athletics, and hockey.

Multi-talented Awatea Carswell is an athlete, a swimmer, and played hockey for the Wairarapa girls hockey team. 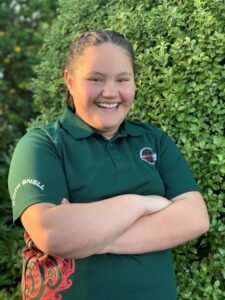 Vyktah Tamihana was picked for the national men’s Under-20 netball squad for next year’s world championships in Perth.

Joshua Taylor was first in the 400m and scored three other placings at the national secondary schools athletics championships.

Tommy Travers swam at the national age group championships in the 50m and 100m freestyle.

Ocean Bartlett is in the St Matthews Collegiate First XI cricket team that qualified for the national Gillette Venus Cup. She is in the Central Districts Under-18 and Under-21 teams and the Central Hinds training squad.

Beau-Leah Karaitiana was selected for the national diamond sports Under-16 girls’ softball team for three tournaments in California.

Dylen Pirihira Kingi was in the Wairarapa United Women’s team that finished second in this year’s W-League and is in the Capital Football national women’s league wider training squad. Paerata Abraham has won many speed shear competitions and is in the national team that will compete in Australia.

James Goodger played for the Heartland XV against Samoa at Eden Park in August and was in the Wairarapa-Bush rugby team that made the semifinals of the Meads Cup.

Logan Prendeville-Heberton played on the wing for Wairarapa-Bush this season and was picked for the national Heartland Under-19 team.

Georgia Atkinson was in the Central Hinds team which won the Hallyburton Johnstone Shield and made the national development team. Mark Rutene is head coach of the 2019 Heartland XV and assistant coach for the Horowhenua-Kapiti Heartland team.

Keely Riwai-Couch coached one of the MIS netball teams and the Under-15 Wairarapa team. She also ran the Wairarapa intermediate basketball league.

Dannii Sargent has given much support to the Featherston Wrestling Club for the past seven years.

Featherston Amateur Wrestling received the 2019 Civic Award for services to sport, the Wairarapa Times-Age Junior Sports Team of the Year award and were Sports Club of the Year.