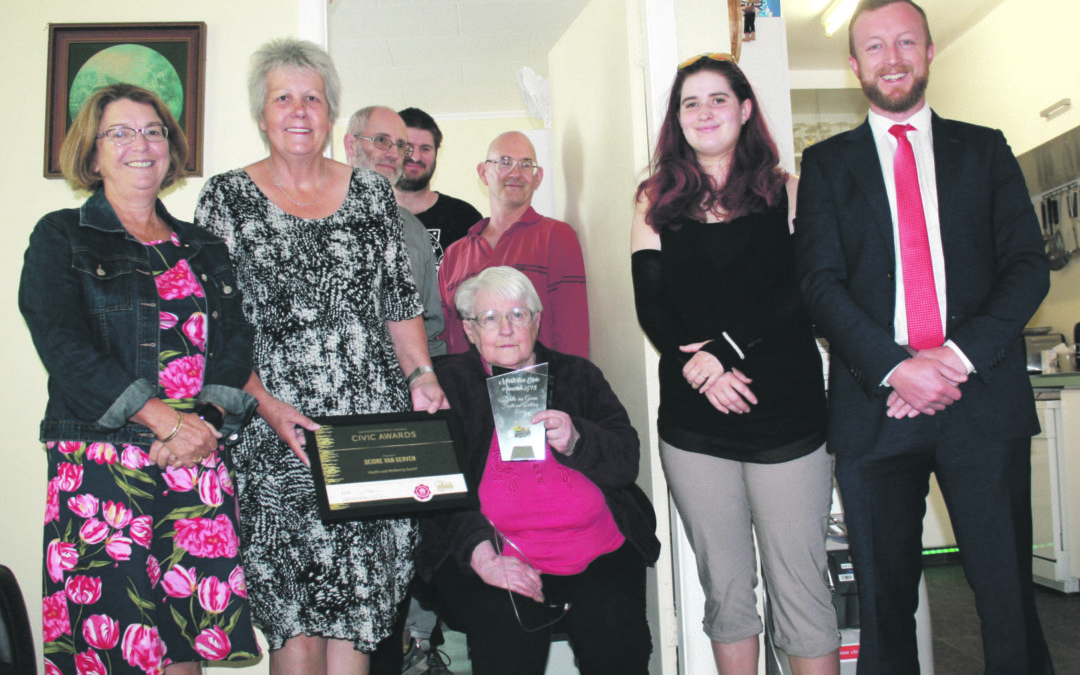 Deidre van Gerven was honoured on Monday with a Masterton Civic Award for health and well-being for a battle she continues to fight to raise awareness around the dangers of asbestos.

Masterton Mayor Lyn Patterson went to van Gerven’s Cole St home to present the award, in front of van Gerven’s children and grandchildren, care givers and those who nominated her. A niece travelled from Putaruru to be there.

Her husband Thomas van Gerven died of Pleural Mesothelioma on June 1, 1997 after working on asbestos-laden kilns at brick factories, and since then she has become an effective lobbiest against asbestos.

“Don’t disturb the cladding,” she said as she handed over a book about the disease she wrote with poetry included.

In presenting the award, Patterson said, “The loss of your husband was terrible, but you have saved so many lives. This is an amazing woman in our community.”

Wairarapa-list Labour MP Kieran McAnulty said van Gerven had raised awareness about asbestos over a period of 20 years and her work was a selfless act.

He said she was a person who had a prominent role in combating something that had taken the lives of too many people too early.

Masterton’s other civic awards were handed out at a ceremony at the Copthorne Solway Hotel on Monday night.