An international man of mystery Among the graves in the Pioneer section of Masterton cemetery is the unassuming final resting place of a slightly mysterious Irishman and his New Zealand-born wife. GARETH WINTER from the Wairarapa
Archives tells more.

According to a family bible, John Thomas Duffy was born in Ireland in 1845, and his death certificate says that he arrived in New Zealand in 1855 but there is no record of him at any New Zealand school, nor is there any record of his arrival in New Zealand, so it is possible that one or both those dates are incorrect.

He is first recorded in Wairarapa in 1868, when he enlisted as a member of the Greytown Cavalry Volunteers and is also referred to as playing cricket.

Two years later, he made the headlines after a tragedy near Huangarua Station, where he was employed near the site of Martinborough.

He and another young man, William King, tried to cross the Ruamahanga River which was in a muddy state, and flowing higher than normal.

King, who had previously been a mail carrier, took the lead, but his horse fell into a hole, knocking him off the saddle.

King held on briefly, but the horse rolled over and he lost his grip on the saddle.

Unable to swim, he was swept away and drowned.

Duffy was able to make it back to the bank and report the death. 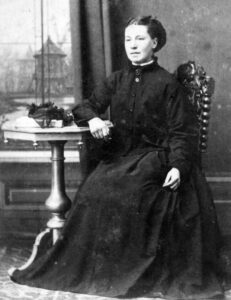 Duffy moved north and was working as a Masterton labourer when he married Elizabeth Bentley on the last day of 1872.

She was the daughter of the early Masterton settler Henry Bentley and his wife Caroline Cornford.

She had been born in Karori in 1854, shortly before her parents came to Masterton with the Small Farms Association to take up a 40-acre farm.

John and Elizabeth Duffy moved to Carterton, where they owned three acres, and in 1876 they obtained 54 acres on Chester Rd.

John also held the mail contract for the Masterton-Castlepoint run.

He had ambitions to greater land ownings and took up land in the Pakowai area, but he got caught financially, and was declared bankrupt in 1879.

The list of properties sold in the mortgagee sale totalled more than 1700 acres.

John and Elizabeth, with their three children, returned to Masterton.

Their peripatetic life was not over yet.

With another four children in tow, they returned to North Wairarapa, moving to Huiawa at Te Hoe, near Alfredton in 1887.

Duffy took up the lease on a piece of crown land at Tawataia, south of Alfredton.

Life was hard as he, assisted by his eldest children, tried to clear enough forest to make a farm out of the rough land.

They saw it out for six years – and added another four children, including a set of twins – before moving to Whakataki to farm once more.

Child number 12 was born here, while their 13th, and last child, Iris Isabel, was born in Masterton in October 1896.

Two years later, they were out at Tauweru, where, in 1899, John Thomas Duffy suffered a severe cut to his hand which necessitated his coming into Masterton for medical help.

On examination, it was found that he had advanced liver cancer, and within a week he had died at the house of his brother-in-law Robert Andrews.

When Elizabeth came to fill out his death certificate, she recorded that she did not know the names of his parents.

Elizabeth continued to live in Tauweru village with her youngest children, at one time living in the Post Office. In 1908 she shifted back into town, living in Albert St, not far away from Bentley St, her parents’ farm.

She was still living there in 1919 when she died at Masterton Hospital.